Death and the Nonbeliever

I have been distant from writing for this blog for some time. Aside from a few personal projects, I have spent a majority of my free time with my grandfather who in May was diagnosed with cancer. Upon finding out he was terminal, he moved in with my aunt and uncle as my aunt works in hospice; it was a fitting move.

Since then, my wife and I had visited two to three times a week. The moment I found out he was dying, I was immediately filled with regret. I wished I had visited with him more often. I wished I had longer conversations with him. I wished we had gone to his favorite buffet in town. I wished I had watched him play his video games more than I had. After I calmed myself, I realized he was still with us and some time was on our side. 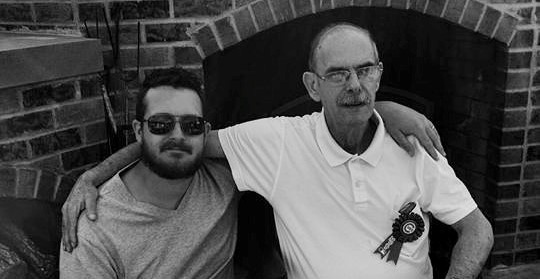 I never imagined he would pass away as early as he did. He accomplished many of the goals he had set when he found his time to be limited. He visited distant family, the battlefield at Gettysburg and the Smokey Mountains. My aunt and uncle were gracious enough to take him on the venture, of which he wanted the most.

After their return, we had a wonderful party for him, where he was able to see his friends, children, grandchildren, and great-grandchildren. He truly had a great time seeing everyone, as did everyone else (a few members of my family live great distances away from one another, so having us all together was amazing). However, I found it bitter sweet knowing all the while why this party was taking place.

As I said before, the terrible day came way too soon. His party was held on June 27th and he passed away around 1 AM on July 1st. Even today, it still feels so surreal. I almost feel as though I can still visit him at his apartment and watch Real Time with Bill Maher as we smoke cigarettes and drink caffeine free, diet Pepsi. Those feelings, though, bring a smile to my face as much as a tear to my eye.

Those moments I had with him bring me happiness. He was a large part of my young life; I often spent the weekends with him, watching movies as I played with my uncles old Lego sets. He had an affinity for video games; I’d like to think I’m the only child who had to wait their turn to play the Super NES behind their grandfather. While it may have perturbed me as a child, today I can say I wouldn’t have had it any other way.

He was my introduction to nonbelief. He was a questioner and a skeptic. While I understand the documentary Religulous is flawed somewhat, I’m unashamed to admit I found interest in the subject of atheism after I watched the film with him. He and I often had long talks about religion and the existence of god, eventually moving me to find the ability to speak out against the ills religion has caused.

Since I have been an open and vocal atheist, many people have asked, “How do you deal with death as a nonbeliever?” I’ve lost those close to me in the past; I wrote about the loss of a friend a few months ago. This loss, however, feels much different. This loss feels it will not pass anytime soon though I understand that it will.

We atheists grieve in the same manner as any other human being. We love those close to us so dearly, hardly ever contemplating their eventual departure. Life often becomes hectic and we often lose sight of the future and what it may hold for us; I’m very much guilty of this. This brings me to what I intend to convey with this post: Take the time to cherish your life and those around you.

My grandfather truly lived his life as he wanted to. While some may have disapproved of some of his actions, he very much did. For me, that is what life is really about. We will almost certainly lose loved ones as we traverse the crazy landscape we call life. It’s very much important that we focus on the good times and not dwell on the bad times. We must find the time to make the memories we will forever cherish in the future.

I was often guilty of saying, “When someone passes, I won’t worry about the time we didn’t have. I’ll remember the times I had with them.” While this is true, I was wrong at the same time. We will terribly miss those who pass during our lifetime; this feeling may seem like it’ll never go away. For those of us who do not believe in an afterlife, we will wish we had more time to express our love for those we care so deeply about. However, there is a silver lining to be found, even as dim as it may seem.

While I may never have the opportunity to speak with my grandfather again, I know he is very much alive in my actions. I wrote of this before, but I feel as though I must reiterate this idea as I feel it brings comfort in times of sadness. We imprint on those who we show compassion and love, both of which my grandfather showed me. We must value the time we have and use it to display kindness, compassion, and love.

When our loved ones pass, we will grieve and we will miss them terribly. We will wish they were still with us, there to experience our future accomplishments and share in our joy. I’m happy my grandfather was able to see me turn from a child to a man. My accomplishments are a product of my past, of which he was a tremendous part of. This brings me the most happiness. He will be with me for the rest of my life, though not in spirit. His impact on my life will be felt by those who I make an impression on and so on and so forth.

I’ll always miss my “Papa”. I’ll never forget the role he played in my life and the memories he and I had created. I know that he loved me dearly and cherished those memories as well. We mustn’t waste our time on grudges, hate and anger; there is no time for such pettiness. As far as we can understand, we only live one life. Use it appropriately by being kind and loving because you never know who will be paying attention. My grandfather understood this and with that I can say we all need to take a moment and contemplate our role in the lives of those around us. Laugh with one another, cry with one another, and embrace one another. We must enjoy every moment we share with those we love, all throughout our existence.

Time can be on our side but only if we allow for it. Take a moment to express your love for those around you, be it friends or family. You never know what the future may hold. Thanks for reading, everyone. I love you all. 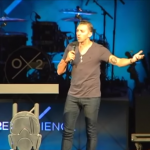 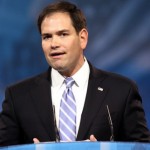 July 10, 2015 Marco Rubio says he will fight to take away a woman's right to choose at home and around the world
Recent Comments
0 | Leave a Comment
"Tom Hughes --- Gee, you're clearly quite intelligent. I bet you're in Mensa. The MAJORITY ..."
markinator Clarification on the now viral Wisconsin ..."
"Source in the Constitution?Again, you have not replied to my argument about any "except for" ..."
Alonzo Donald Trump vowed to destroy the ..."
"Tom, I gave explicit instances when getting ID and registering to vote might be difficult. ..."
Annerdr Clarification on the now viral Wisconsin ..."
"You do realise that the only person we've seen throw the word nazi around is ..."
TheMarsCydonia The Danthropology blog is moving on
Browse Our Archives
get the latest from
Nonreligious
Sign up for our newsletter
POPULAR AT PATHEOS Nonreligious
1