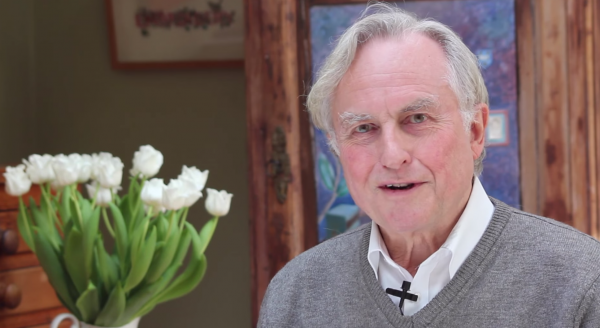 Ken Ham is convinced atheists do not exist. Mostly because the Bible claims they don’t and secondly because Richard Dawkins is an honest person who says he does not know what happens after we die. He originally published this article in 2014 but is trying to revive it again and sharing it endlessly on Twitter.

“There are no atheists. But wait, you say, don’t people like Richard Dawkins and many of his followers claim they are atheists? Don’t we call the new breed of activist atheists “The New Atheists”? Aren’t atheists people who don’t believe in God?” Ham writes.

He then admits that people like Dawkins claim to be atheists, but they are being dishonest in doing so. To prove his point, he looks at an interview between Dawkins and Jon Stewart.

Jon Stewart: So where do we go when we die?

Stewart: So you don’t know?

Dawkins: Well, we either get buried or cremated. Or we give our bodies to science. Bertrand Russell said—

Stewart: But you actually don’t know what happens to us?

Ham thinks this is a smoking gun, writing:

“So Richard Dawkins, a man who is so certain there is no God, is not totally certain about what’s going to happen to him when he dies. And yet he speaks with certainty as he tries to indoctrinate people to believe in his religion of atheism!”

Ham, who does not know or understand this, because to do so would mean he actually understands academic integrity and honesty then tries to define atheism for his readers.

“But let’s think about what atheism really means: There is no God, and life is totally the result of natural processes.”

But again, like this Dawkins, Ham simply has no idea what he is talking about. First, atheism does not make any claim about how life came to be. It does not rely on a natural process to be true or not, that is secondary. Atheism is just a rejection of the claim that God exists. It does not claim to know for a fact or make a certainty claim. Simply put, someone like Ham puts forth the claim that God exists, an atheist rejects that claim, for many different reasons, but often that reasoning is evidence.

So Dawkins claims he doesn’t know what happens when we die because he has no evidence. He cannot know because he is not dead and no credible evidence has ever been formed from anyone who has claimed to have died and come back because in reality, no one had fully died and come back. Near-death experiences are not evidence because they are better explained naturally than supernaturally.

From this point, Ham tries to equate atheism with nihilism, because again, words have little meaning to him. “So, from the perspective of a self-described atheist, why does it ultimately matter what anyone believes about anything? We can make whatever “purpose” and “meaning” for life that we want to during our brief existence—but in an ultimate sense, life is totally meaningless, hopeless, and purposeless,” writes the creationist.

But, in fact, it would be easier to turn that around on Ham and claim that needing a dictator to tell you your life has meaning and purpose actually makes your life less valuable. Life is more meaningful when you find your own meaning and purpose, you find what makes you happy and are not forced into a role or purpose by some tyrant.

He then accuses atheists of trying to convert people and force them into atheism and then accuses them of attacking Christians. He believes that it would make no sense if you believe in “nothing” to attack Christianity or care what others believe saying, “After all, ultimately there is no purpose in attacking Christianity if Christians cease to exist when they die. From a human perspective, isn’t this confusing?”

But he thinks the answer is simple. Atheists simply do not exist, and his evidence for such a claim is one line in the Bible that says:

For the wrath of God is revealed from heaven against all ungodliness and unrighteousness of men, who suppress the truth in unrighteousness, because what may be known of God is manifest in them, for God has shown it to them. For since the creation of the world His invisible attributes are clearly seen, being understood by the things that are made, even His eternal power and Godhead, so that they are without excuse, because, although they knew God, they did not glorify Him as God, nor were thankful, but became futile in their thoughts, and their foolish hearts were darkened (Romans 1:18–21, emphasis added).

Ham clearly has one of the biggest persecution complexes in the entire Christian community and he sees anyone who doesn’t agree with his fringe beliefs as a clear enemy and “anti-Christian.”

He is attempting to use an argument used against him, the fact he cannot prove any of his claims, as an argument against atheism when in fact it is the argument itself that makes the case for atheism so strong.

Ham believes because atheists “cannot know” they cannot be truthful in rejecting the God hypothesis. Yet Ham knows nothing of his God except what is written in one flawed, ancient book, but he equates his belief with the virtue of faith, meaning his unfounded beliefs are more virtuous and do not need the same kind of “proof” other beliefs require.

He is fine to discredit the Quran as fictional, but will not subject his books to the same scrutiny.

The fact is, Ham has less evidence for his views than does someone like Dawkins and this scares Ham. He knows his beliefs can be dismantled with very little work, so to cope and deal with this reality, the easiest thing he can do is call everyone else liars and move on. 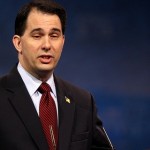 July 13, 2015
5 reasons no one should ever vote for Scott Walker for president
Next Post 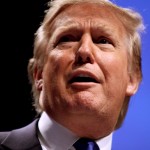