July 6, 2015 by Dan Arel
0 Comments
Mike Huckabee believes marriage is in trouble because homosexuals made it about love July 6, 2015 Dan Arel

Republican presidential candidate Mike Huckabee fears for the future of marriage after last month’s Supreme Court decision to legalize same-sex marriage across all 50 states, citing a “redefinition of love.”

The former Arkansas governor said in an interview that this redefinition of love is a problem “in every definition of marriage — be it heterosexual or homosexual or polygamy or wherever the marriage redefinition ends up taking us over the course of the next few years.”

Asked whether same-sex marriage or high divorce rates are a bigger threat to marriage, Huckabee said that the question was like asking which wing of an airplane is more important.

“Regardless, heterosexual marriage is largely in trouble today because people see it as a selfish means of pleasing self, rather than a committed relationship in which the focus is on meeting the needs of the partner,” he said. “That sense of selfishness and the redefinition of love as to something that is purely sentimental and emotional, has been destructive.”

Perhaps Huckabee is right and the definition of love and marriage are being redefined because maybe the need to be! If 50 percent of marriages are ending in divorce, and the overwhelming number of those divorces are from Christian marriages, perhaps the old way doesn’t work and people need to be getting married because they want to and because they love their partner. Perhaps getting married out of some sense of duty is exactly what is wrong with marriage today.

Huckabee, not inserting his foot into his mouth far enough on a single interview, however, went on to defend Josh Duggar, again, for the attacks against him after it was brought to light that he molested five girls, four are which are his sisters, and the fifth, a babysitter who is said to be bringing charges against Duggar.

“Those juvenile records should never have been released,” Huckabee said.

And for those questioning his speaking out in defense of Duggar, he said: “What he did was absolutely unconscionable. But nothing is unforgivable.”

Huckabee seems to think the victims would be better served if Duggar was left alone, never held accountable for his actions and was left free to call homosexuals pedophiles and deviants from the desk of his previous job at the Family Research Council. 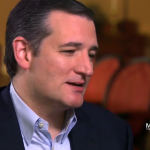 July 6, 2015 A Texas couple is finally married after a county clerk tried to stop them, citing religious freedom
Recent Comments
0 | Leave a Comment
Browse Our Archives
Follow Us!