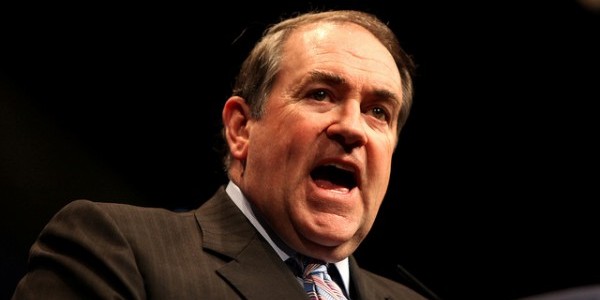 Republicans are eating up the lie that Planned Parenthood is selling baby parts from the abortions they provide, and abortion has become the new same-sex marriage, Obamacare rallying cry of the GOP.

In a speech Friday, Republican presidential hopeful, Mike Huckabee told a crowd that he would “invoke the 5th and 14th amendments for the protection of every human being.” The Fifth Amendment states, “No person shall be held to answer for a capital, or otherwise infamous crime, unless on a presentment or indictment of a grand jury, except in cases arising in the land or naval forces, or in the militia, when in actual service in time of war or public danger.”

What this says is that he would declare all fetuses as people, attempting to make all abortions illegal.

“I will not pretend there is nothing we can do to stop this,” Huckabee said. When a reporter asked if he would be willing to use federal troops or the FBI to end all abortions he replied, “We’ll see if I get to be president.”

Huckabee repeated the popular myth that scientific studies now suggest that “unborn babies are human beings,” and even went as far as to suggest that had the Supreme Court known this in 1973, they would have ruled differently on Roe v. Wade.

Now that the right cannot remove your right to affordable healthcare and cannot stomp on the rights of homosexuals, it seems they will just ramp up their war on women to a whole new level. And this level is not above doctoring videos to force women into submission or apparently now using troops to make sure women are treated as less than human. 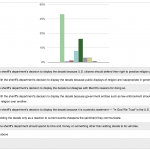 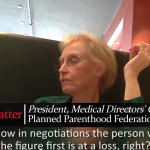 July 31, 2015 A judge has blocked the release of more videos by an anti-abortion group
Recent Comments
0 | Leave a Comment
"Tom Hughes --- Gee, you're clearly quite intelligent. I bet you're in Mensa. The MAJORITY ..."
markinator Clarification on the now viral Wisconsin ..."
"Source in the Constitution?Again, you have not replied to my argument about any "except for" ..."
Alonzo Donald Trump vowed to destroy the ..."
"Tom, I gave explicit instances when getting ID and registering to vote might be difficult. ..."
Annerdr Clarification on the now viral Wisconsin ..."
"You do realise that the only person we've seen throw the word nazi around is ..."
TheMarsCydonia The Danthropology blog is moving on
Browse Our Archives
Related posts from Danthropology