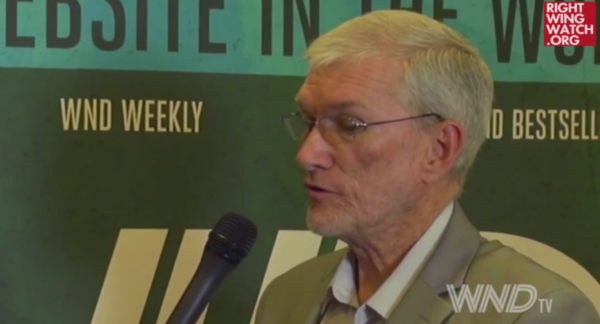 Like a creationist rock star, Answers in Genesis’s Ken Ham is out on tour spewing his usual nonsense. Luckily for me, the Answers Conference stopped over in my hometown of Springfield, Missouri. Even luckier for me, admission was free, so I went. I even got to meet Ken Ham. Really.

I’m not going to write some long diatribe about all the falsehoods spilling out of Ken Ham’s mouth. It’s simply too easy and, frankly, somewhat boring to tread over that well-trod ground. Like my friend Chris told me, much of what Ken Ham says is, “like going to a lecture on how Santa really does come down your chimney.”

So instead of picking apart Ken Ham’s famously faulty arguments, and since Ham used to be an educator – indeed, he still sees himself as one – here are the things I learned at the Answers Conference.

At first, it is easy to write off Ham as someone who is just using people’s faith to grow incredibly wealthy. During the first and last 15 minutes of his lecture, Ham plugged his museum and books, so I can see how someone would come to that conclusion. However, I think that Ken Ham not only truly believes that biblical literalism is true, he also truly believes that his museum and homeschool curriculum are important for defending the faith and saving people from eternal damnation.

During the conference, Ham stressed repeatedly that churches are failing to provide their flock with ways to defend their faith. Ham sees his ministry and “educational” material as a way to provide others with the tools needed to defend themselves from those he terms “the secularists.” In fact, during the conference most of the Answers in Genesis material was offered at extremely discounted prices. Some of the primary school material went for as low as $3. Ken Ham isn’t trying to fleece anyone – he really believes he is helping.

When it comes to his message that the bible is literally true, I got the feeling at the conference that most people didn’t actually care about that. What people truly care about, and what makes Ham popular among evangelical Christians, is that he won’t back down from his position. Ken Ham speaks and acts with such conviction that people are drawn in by him. Ham fans don’t so much care about the message that the bible is true, as much as they care about the lengths Ken Ham will go to in order to defend Christianity. Ham paints himself as the underdog, at one point lamenting that Lawrence Krauss can go speak at public schools, but he cannot, and this feeds into the Christian persecution complex. The more Ham fights back, the more people love him.

The main part of Ham’s lecture (sermon?) revolved around the idea that the Christian message isn’t resonating with younger people – which is true, millennials are leaving organized religion in droves. To illustrate his point that the church needs to change the way it preaches, Ham used the analogy of Jews and Greeks. The nutshell version of this is that Jews had a basic understanding of Christian tenets – i.e. original sin, a savior, etc. – so they were easy to convert. Greeks, however, didn’t understand these concepts, so basic concepts had to be explained to them before they could be converted. Ken Ham says that modern Americans are more like Greeks than Jews. The fact that a biblical literalist was speaking using metaphors was hysterical to me. The funniest part was how Ken Ham kept reminding the audience that when he said “Jew” or “Greek” he didn’t mean it literally. Priceless.

While plugging the Ark Encounter and lying about how exciting the Creation Museum is, Ham made an off-handed remark about how he also wants to build a Tower of Babel attraction. So the guy who thinks that story is true wants to give it another go. Enough said.

One of Ken Ham’s biggest complaints during his lecture, and the one that garnered the most enthusiasm from the audience was that God has been removed from schools. As mentioned above, Ken Ham believes that many young people today simply don’t understand the basics of Christianity because they aren’t brought up in a system that shoves Christian dogma down their throats at every conceivable moment. In his words, “You can’t understand the Good News of the gospel without understanding the Bad News in Genesis.” Ham lamented that in Australia, young people are taught about different religions, instead of just the One True God™. For this reason, when asked about God, all those smart-ass kids will ask, “Which god?” and “What do you mean by God?” Of course, in reality, those are perfectly valid questions from reasonably well-educated people. But for Ken Ham and his ilk, that is the problem: we aren’t brainwashing our kids enough; we aren’t placing them in a bubble that is impervious to contrary information. Ham’s solution is either to take your kids out of public school and educated them with Answers in Genesis materials or, if you are a teacher, find some way to incorporate God into your lessons. More simply put if you are a parent go live on a compound; if you are a teacher, break the law.

The raucous applause and shouts of “Amen!” that resounded from the audience in response to this were the most disturbing parts of the conference. Not only do these people want to shelter their children, they want to covertly indoctrinate my children and think breaking the law is a legitimate way to accomplish their goal. To drive home his point that “secularists” education is driving American youth away from Christianity, Ken Ham put up a quote from Adolf Hitler: “whoever has the youth has the future.”

Poignant, in a frightening sort of way. 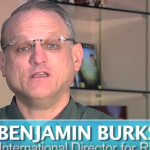 August 27, 2015
Josh Duggar's rehab facility uses the Bible to cure 'demons' and does not employ a single doctor
Next Post 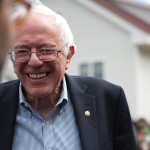 August 27, 2015 Bernie Sanders: Republicans say 'family values' but mean 'controlling women's bodies'
Recent Comments
0 | Leave a Comment
"Tom Hughes --- Gee, you're clearly quite intelligent. I bet you're in Mensa. The MAJORITY ..."
markinator Clarification on the now viral Wisconsin ..."
"Source in the Constitution?Again, you have not replied to my argument about any "except for" ..."
Alonzo Donald Trump vowed to destroy the ..."
"Tom, I gave explicit instances when getting ID and registering to vote might be difficult. ..."
Annerdr Clarification on the now viral Wisconsin ..."
"You do realise that the only person we've seen throw the word nazi around is ..."
TheMarsCydonia The Danthropology blog is moving on
Browse Our Archives
get the latest from
Nonreligious
Sign up for our newsletter
POPULAR AT PATHEOS Nonreligious
1