Ben Carson: ‘The number one cause of death for black people is abortion’

Ben Carson: ‘The number one cause of death for black people is abortion’ August 15, 2015 Dan Arel 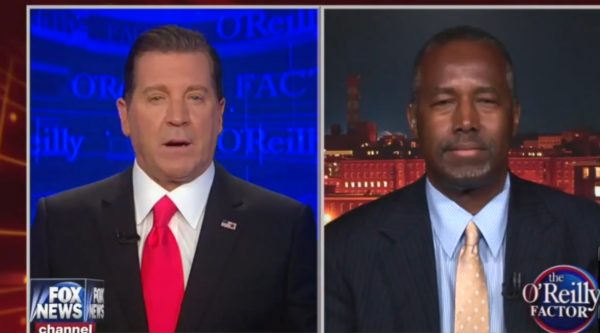 Carson told Bolling that Planned Parenthood founder Margaret Sanger was a eugenist who “was not enamored of black people.”

But when questioned about the abortion rates among black women, Carson stated that it was a matter of deciding that black lives don’t matter that much.

“The number one cause of death for black people is abortion, and I wonder if maybe some people might at some point become concerned about that and ask, why is that happening,” Carson said.

He continued by doubling down on his Sanger comments and claimed that if Planned Parenthood employees knew more about her, they would not defend her. Trying to drive the idea home that he believes she supported eugenics.

“I encourage people to go and read about Margaret Sanger and go and read about the beginnings of this organization so that you know what you’re dealing with. One of the ways that they’re able to perpetrate the deceit is because people are not informed. The more people are informed, the less likely these kinds of things happen,” Carson insisted.

Yet when Bolling asked Carson about his history of using fetal tissue in his former work as a neurosurgeon, Carson tried to brush off the question and accused the left of lying about his use.

“All pathology departments will have a whole array of tissues, from day one of conception until 99 years old,” Carson explained. “You’re making comparisons to derive examinations. Just because they get the fetal tissue means they should throw it out, that’s how science is advanced.”

At least he is well versed in double standards. 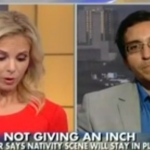 August 14, 2015
According to Fox News, the war on Christmas has already begun
Next Post 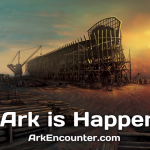 August 15, 2015 Answers in Genesis insists it has religious freedom to discriminate and lies about hiring practices
Recent Comments
0 | Leave a Comment
"Tom Hughes --- Gee, you're clearly quite intelligent. I bet you're in Mensa. The MAJORITY ..."
markinator Clarification on the now viral Wisconsin ..."
"Source in the Constitution?Again, you have not replied to my argument about any "except for" ..."
Alonzo Donald Trump vowed to destroy the ..."
"Tom, I gave explicit instances when getting ID and registering to vote might be difficult. ..."
Annerdr Clarification on the now viral Wisconsin ..."
"You do realise that the only person we've seen throw the word nazi around is ..."
TheMarsCydonia The Danthropology blog is moving on
Browse Our Archives
get the latest from
Nonreligious
Sign up for our newsletter
POPULAR AT PATHEOS Nonreligious
1