Jeb Bush blames Obama and Clinton for ISIS and forgets that George W. Bush waged war on Iraq for God 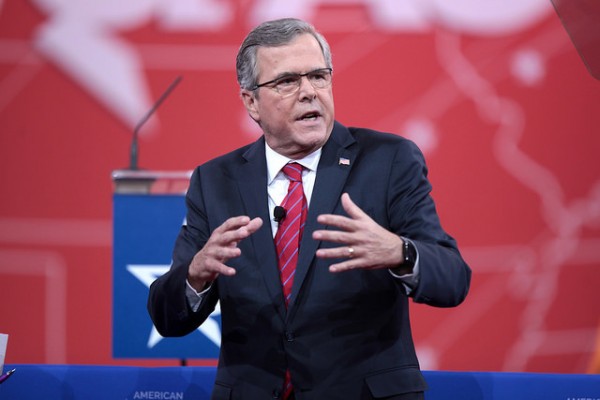 Republican presidential candidate Jeb Bush may have a short memory, or perhaps a selective memory when it comes to massive mistakes by his own brother.

Bush said in a statement that Hillary Clinton and President Obama were to blame for the rise of ISIS in Iraq because he pulled out too early.

“It was a case of blind haste to get out and to call the tragic consequences somebody else’s problem,” Bush said of the Obama administration’s decision to withdraw troops out of Iraq. “Rushing away from danger can be every bit as unwise as rushing into danger, and the costs have been grievous.”

Bush was using this as an attack on the Clinton campaign, the very campaign many pundits feel will be his biggest obstacle to winning the White House in 2016.

Bush applauded the “surge” of troops his brother, President George W. Bush initiated that was deemed successful by many in helping end the heavy fighting in Iraq, and while Jeb Bush thinks mistakes may have been made invading Iraq, he said in the end the US won and it was Clinton and Obama who messed it all up.

So why was the success of the surge followed by a withdrawal from Iraq, leaving not even the residual force that commanders and the joint chiefs knew was necessary?  That premature withdrawal was the fatal error, creating the void that ISIS moved in to fill – and that Iran has exploited to the full as well.

Yet most Americans today don’t believe the Iraq war was worth fighting and even more crucial, he pretends we had reason to invade in the first place. We didn’t make mistakes in going in, we made a massive mistake by going in at all. The rise of ISIS is not the fault of the president or administration that got us out of the mess, but the fault of the one that sent us in.

ISIS may have thrived when the US left, but there is no reason to doubt it would have thrived regardless and possibly put even more US troops lives at risk.

But if we are going to look at why we left Iraq and blame that for the rise of ISIS, why don’t we look at what got us into this mess to begin with.

First we were told Saddam Hussain had a direct connection to 9/11 and it turned out he did not, so we were then told Hussain was stockpiling weapons of mass destruction, and of course, he was not.

But what in George W. Bush’s own words can explain why he invaded Iraq in 2003, killing thousands of US soldiers and hundreds of thousands of innocent Iraqi people.

Yes, George W. Bush, the “elected” leader of the United States started one of the most costly wars over a voice in his head telling him to end the tyranny.

Yet, this unfounded war, based on lies and propaganda is not to blame for the rise of ISIS, but the Obama administration’s decision to finally get US troops out of harms way and bring them home safely is.

This is the man who wants to sit at the helm and be in charge of the next US invasion, one who believes that wars only end violence and to withdraw is a sign of cowardice.

The Bush family is by and large a bigger threat to the American people than ISIS ever will be. 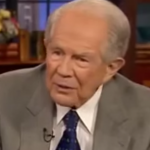 August 12, 2015
Pat Robertson tells grandparents they should take child away from atheist parents
Next Post 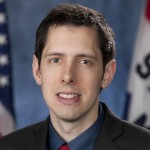 August 13, 2015 Missouri conservatives freak out over Free The Nipple Rally
Recent Comments
0 | Leave a Comment
Browse Our Archives
Follow Us!