44 percent of Republicans favor a Christian theocracy according to a new survey October 26, 2015 Dan Arel

A new PPP Survey reveals that 44 percent of Republicans favor making Christianity the official religion of the United States. While that is not a huge surprise, it becomes more frightening when you realize only 53 percent of Democrats and Republicans combined oppose the idea.

That is because 28 percent of Democrats said they favor a Christian theocracy. That number is shockingly high for the liberal US party.

It gets worse, though, because according to the poll, three out of four adults favor eliminating the First Amendment which would destroy the secular government we have now.

Jeffrey Tayler, the last sane voice at Salon believes this poll must change how we discuss faith.

The situation, thus, is dire. We no longer have time for niceties. We need to speak out forcibly against faith and expose it for what it is – a delusion deleterious to liberty and the commonwealth.

The stakes are high. The faith-deranged support a (largely successful) nationwide campaign to restrict women’s reproductive rights and introduce Religious Freedom Restoration Acts, of which there are now 21 in force, with others on the way. As a result of decades of Christian propaganda, performing abortions can be life-threatening for doctors. And in times of widespread fiscal austerity, the government loses about $83 billion a year to religious tax exemptions. This should all outrage us and incite us to act.

Tayler is right, there is no time for accommodationists and faitheists, we must not mince words and not pander to religious feelings. Faith is dangerous and is a tool used to manipulate the minds of believers.

We must act loudly and speak out against religion having any role in our government and in any policy decisions, no matter how small. The second we allow religionists to creep into our legal system they start to roll over every law they can and demand religious privilege.

Faitheists or atheists who continue to roll out the red carpet for believers are a huge part of this problem. They continue to treat religion as some special belief system that must be cared for and catered too as to not hurt the religious believer’s feelings.

No more. If someone’s feelings are hurt because their religious beliefs carry no weight in our government, tough luck. Move to Iran if you want religion in your government. It has no place in US public policy. It doesn’t matter how deeply held your beliefs are, they are meaningless in the eyes of secularism.

We have witnessed the damage religion can do to governments and its people first hand in countries like Syria, Iraq, Iran, Egypt, Turkey, Israel, Palestine, and the list goes on. We know when religion has a voice, people are oppressed and killed in order to uphold power and privilege.

US theocrats are no different and never once think they are. Stay vocal and stay active, because if firebrand atheists and secularists don’t, the accommodationists will and they will quickly roll over and let theocracy rule. 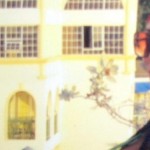 October 26, 2015 Ben Carson compares women who receive abortions to slave owners
Recent Comments
0 | Leave a Comment
Browse Our Archives
get the latest from
Nonreligious
Sign up for our newsletter
POPULAR AT PATHEOS Nonreligious
1