Ben Carson: Jews and lack of guns to blame for Holocaust

Ben Carson is on a roll. Darwin was inspired by Satan, climate change is a good thing and now this.

According to the Jerusalem Post, Carson told CNN he believes that had Jews in Europe been armed more heavily, they could have avoided the Holocaust.

“I think the likelihood of Hitler being able to accomplish his goals would have been greatly diminished if the people had been armed,” Carson said. “I’m telling you there is a reason these dictatorial people take the guns first.”

The Republican said that the process of removing accessibility to guns allowed the Nazis to “carry out their evil intentions with relatively little resistance.”

Yup, a better-armed minority population certainly stood a chance against a government run army. This is the lunacy we hear today from gun-nuts, the NRA and well, the Republican Party who want to defend their right to own as many guns as they want and claim it is to protect themselves from the government.

Carson already seems hell bent on losing the black vote, the Hispanic vote, women, educated people in general, so why not go ahead and say something hurtful and ignorant about Jews and make sure absolutely no one votes for you.

I have to believe that every time Carson opens his mouth, Donald Trump gets a little excited that he actually looks like an idiot. 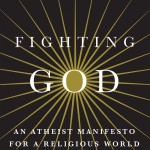 October 7, 2015
Fighting God is the atheist manifesto it promises to be
Next Post 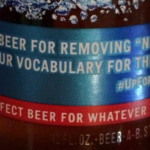 October 11, 2015 Bud Light finally apologizes for 'removing no from your vocabulary' label
Recent Comments
0 | Leave a Comment
Browse Our Archives
get the latest from
Nonreligious
Sign up for our newsletter
POPULAR AT PATHEOS Nonreligious
1