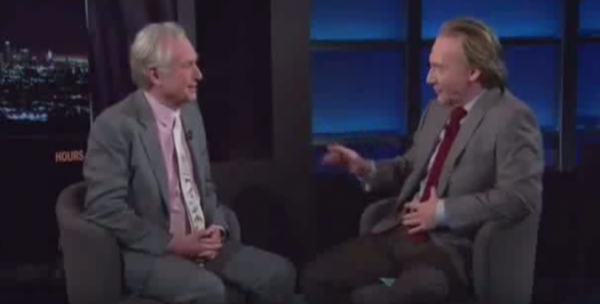 Appearing on Friday night’s episode of Real Time with Bill Maher, guest Richard Dawkins, and Maher discussed “regressive leftists who simply fail to understand when it comes to Islam their views are anything but liberal.

The two discussed how conservatives often view atheists as “humorless and angry.” Maher then said he “hated liberals,” as he discussed the amount of flak he has gotten for criticizing Islam.

He lamented over the idea that Muslims are a “protected species” while Dawkins said it’s ridiculous to compare criticism of a religion as racist.

You can watch the interview below courtesy of HBO and Mediaite. 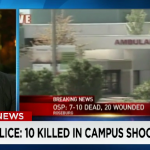 October 4, 2015 Ben Carson denies climate change and tries to clarify his stance on evolution
Recent Comments
0 | Leave a Comment
"Tom Hughes --- Gee, you're clearly quite intelligent. I bet you're in Mensa. The MAJORITY ..."
markinator Clarification on the now viral Wisconsin ..."
"Source in the Constitution?Again, you have not replied to my argument about any "except for" ..."
Alonzo Donald Trump vowed to destroy the ..."
"Tom, I gave explicit instances when getting ID and registering to vote might be difficult. ..."
Annerdr Clarification on the now viral Wisconsin ..."
"You do realise that the only person we've seen throw the word nazi around is ..."
TheMarsCydonia The Danthropology blog is moving on
Browse Our Archives
get the latest from
Nonreligious
Sign up for our newsletter
Related posts from Danthropology