A study conducted by the University of Chicago has found that children raised in non-religious households are kinder and more altruistic than those raised with religion.

The study which was published in the journal Current Biology looked at 1170 children between the ages of 5 and 12 years in six countries (Canada, China, Jordan, Turkey, USA, and South Africa) and examined “the religiousness of their household, and parent-reported child empathy and sensitivity to justice.”

The study found that “family religious identification decreases children’s altruistic behaviors” and “children from religious households are harsher in their punitive tendencies.”

In other words, children raised in the absence of religion are more giving and generous, as the study states:

Across all countries, parents in religious households reported that their children expressed more empathy and sensitivity for justice in everyday life than non-religious parents. However, religiousness was inversely predictive of children’s altruism and positively correlated with their punitive tendencies. Together these results reveal the similarity across countries in how religion negatively influences children’s altruism, challenging the view that religiosity facilitates prosocial behavior.

“Our findings contradict the common-sense and popular assumption that children from religious households are more altruistic and kind toward others. In our study, kids from atheist and non-religious families were, in fact, more generous,” said Prof. Jean Decety who led the study.

According to the study as well, the findings did not change much over time and children raised in very religious households didn’t follow the natural trend of being more giving with age.

Consistent with previous studies, in general the children were more likely to share as they got older. But children from households identifying as Christian and Muslim were significantly less likely than children from non-religious households to share their stickers. The negative relation between religiosity and altruism grew stronger with age; children with a longer experience of religion in the household were the least likely to share.

The study also showed that punishment in religious households was much more severe as religious parents “favored stronger punishments for anti-social behavior and judged such behavior more harshly than non-religious children. These results support previous studies of adults, which have found religiousness is linked with punitive attitudes toward interpersonal offenses.”

“Together, these results reveal the similarity across countries in how religion negatively influences children’s altruism. They challenge the view that religiosity facilitates prosocial behavior, and call into question whether religion is vital for moral development—suggesting the secularization of moral discourse does not reduce human kindness. In fact, it does just the opposite,” Decety said.

The study comes as little surprise to those of us who raise kids outside of religion as I outlined in my own book Parenting Without God. Children raised without dictatorship type rules and threats of eternal punishment just seem to turn out nicer.

Update: Since this studies release, other social scientists have questioned the findings. You can read more about that on Matthew Facciani’s post. 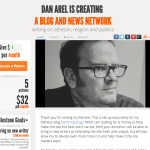 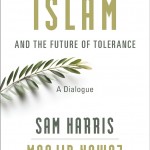 November 5, 2015 Islam and the Future of Tolerance offers a unique problem for the regressive left
Recent Comments
0 | Leave a Comment
"Tom Hughes --- Gee, you're clearly quite intelligent. I bet you're in Mensa. The MAJORITY ..."
markinator Clarification on the now viral Wisconsin ..."
"Source in the Constitution?Again, you have not replied to my argument about any "except for" ..."
Alonzo Donald Trump vowed to destroy the ..."
"Tom, I gave explicit instances when getting ID and registering to vote might be difficult. ..."
Annerdr Clarification on the now viral Wisconsin ..."
"You do realise that the only person we've seen throw the word nazi around is ..."
TheMarsCydonia The Danthropology blog is moving on
Browse Our Archives
get the latest from
Nonreligious
Sign up for our newsletter
POPULAR AT PATHEOS Nonreligious
1