During a news conference in South Carolina, Republican presidential candidate Ben Carson called Wednesday’s shooting in San Bernardino a “hate crime,” and said the country must “be able to combat these things,” but did not detail his plans to curb gun violence.

When asked what he meant by hate crime, Carson said, “Well it’s hard to imagine that you would shoot a bunch of people if you didn’t hate them, right? You don’t do that to people you love.”

“Look at what happened, again another hate crime in San Bernardino today,” Carson said. “At least 14 people killed. When less than a week ago we had the shooting in Colorado. And then look at all the things that are going on around the world. ISIS and groups like this. Just hatred and evil. And we need to be able to combat these things because otherwise we will melt into despair. And that’s not who we are. This is America.”

So Carson, who has historically opposed gun control, thinks we need to combat this violence but won’t say how. And now he believes every crime is a hate crime? In Ben Carson’s world, words have no meaning. He also mentioned ISIS just for good measure. 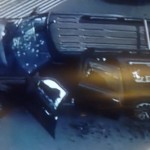 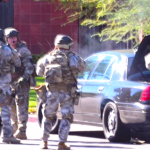 December 2, 2015 Police name San Bernardino suspects, though motive remains unclear
Recent Comments
0 | Leave a Comment
Browse Our Archives
get the latest from
Nonreligious
Sign up for our newsletter
POPULAR AT PATHEOS Nonreligious
1