Kent Hovind, the creationist who was recently released from prison on federal tax crimes and mail fraud, said this week that God put contradiction in the Bible in order to weed out the non-believers.

“If I was God,” Hovind said, “I would write the book in such a way that those who don’t want to believe in me anyway would think they found something. ‘Aha, here’s why I don’t believe.’”

“And then they could go on with their own life because they don’t want to believe God anyways,” he asserted. “I would put things in there that would appear without digging to be contradictions. I don’t think that’s deceptive, I think that’s wise for the Heavenly Father to weed out those who are really serious.”

He went on to say that he will continue to “believe the Bible until it’s proven wrong.”

“I know others who have decided, ‘I’m not going to believe it until you prove everything is right’,” he said. “Okay, you do whatever you want to do, but I made the opposite decision.”

I guess all those times the Bible was proven wrong happened when Hovind was in prison and he hasn’t heard about them yet.

You can watch the video below courtesy of Raw Story. 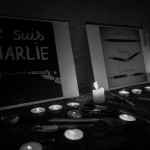 December 31, 2015
Charlie Hebdo is releasing a special issue one-year after attack
Next Post 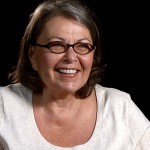 January 1, 2016 Roseanne Barr's atheist bashing (and our chitchat) betrays a common ignorance of atheism
Recent Comments
0 | Leave a Comment
Browse Our Archives
get the latest from
Nonreligious
Sign up for our newsletter
POPULAR AT PATHEOS Nonreligious
1