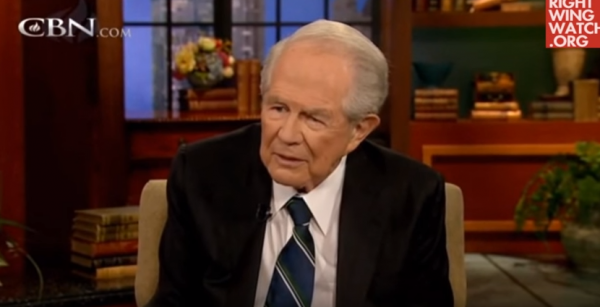 Never shy of saying something amazingly ignorant and homophobic, television evangelist Pat Robertson took to the airwaves on his show The 700 Club to accuse gays of intentionally spreading AIDS by wearing special rings.

A viewer wrote in asking if her church was wrong for not informing her that the man she had been driving to church service had AIDS.

“What to say if you’re driving an elderly man whose got AIDS? Don’t have sex with them,” Robertson said, “unless there’s a cut or some bodily fluid transmission, I think you’re not going to catch it.”

Robertson’s reply, though ignorant and a bit disturbing, at least, gets it right that she is not at risk of contracting the disease simply by driving the man to church, but then Robertson goes all in and right off the deep end.

“There are laws now, I think the homosexual community has put these draconian laws on the books that prohibit people from discussing this particular affliction, you can tell somebody you had a heart attack, you can tell them they’ve got high blood pressure, but you can’t tell anybody you’ve got AIDS.

You know what they do in San Francisco, some in the gay community there they want to get people so if they got the stuff they’ll have a ring, you shake hands, and the ring’s got a little thing where you cut your finger. Really. It’s that kind of vicious stuff, which would be the equivalent of murder.”

Thankfully Right Wing Watch grabbed this video clip below because even CBN, the network that airs the show realized how crazy this was and actually edited the footage out of the online re-broadcast.

Robertson later issues a statement trying to argue his comment was taken out of context, but even his explanation does nothing to excuse what he said.

“I was asked by a viewer whether she had a right to leave her church because she had been asked to transport an elderly man who had AIDS and about whose condition she had not been informed. My advice was that the risk of contagion in those circumstances was quite low and that she should continue to attend the church and not worry about the incident.

In my own experience, our organization sponsored a meeting years ago in San Francisco where trained security officers warned me about shaking hands because, in those days, certain AIDS-infected activists were deliberately trying to infect people like me by virtue of rings which would cut fingers and transfer blood.

I regret that my remarks had been misunderstood, but this often happens because people do not listen to the context of remarks which are being said. In no wise (sic) were my remarks meant as an indictment of the homosexual community or, for that fact, to those infected with this dreadful disease.” – Pat Robertson, in a statement.

His fear mongering and spreading of hateful rhetoric only works to demonize those living with HIV and AIDS. 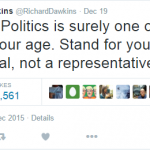 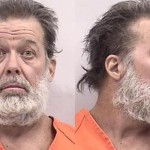 December 20, 2015 Anti-abortion groups says pro-choice movement is to blame for Planned Parenthood shooting
Recent Comments
0 | Leave a Comment
Browse Our Archives
get the latest from
Nonreligious
Sign up for our newsletter
POPULAR AT PATHEOS Nonreligious
1