Ben Carson says Islam is a ‘life organizational system,’ not a religion

Mother Jones has an interesting article up in which Ben Carson said in a speech in Iowa that ISIS is dangerous because of what the Quran says and who Muhammad was. While parts of what he says are not wrong — the religion is not a religion of peace as many claim, for example — he does seem to miss the irony that Christianity really is no different.

“What I would suggest is that everybody here—we’ve got a weekend coming up—take a few hours and read up on Islam,” Carson said. “Please do that. Read about Muhammad. Read about how he got his start in Mecca. Read about how he was seen by the people in Mecca—not very favorably, by the way. How his uncle, nevertheless, was an influential guy. Protected him. When his uncle died, he had to flee. He went north to Medina. That’s where he put together his armies, and they began to massacre anybody who didn’t believe the same way they did.”

I can, in turn, make the same argument for the Bible. The Crusades, the inquisition, and so on. All of which are justified throughout the Bible, in the exact same way ISIS uses the Quran to justify its actions.

But this turns interesting when Carson explains that Islam is not a religion.

He thinks that if you study Islam enough, “you won’t call it a religion, you’ll call it a life organization system,” one that has an “apocalyptic vision.”

By this argument, Christianity isn’t a religion either. Carson does this because he needs to disconnect Christianity and Islam, and by claiming one is a religion and the other is not, he can ignore all the violence and cruelty and the glaring apocalyptic vision of Christianity and turn it all on Islam. 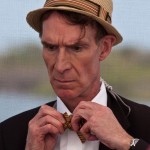 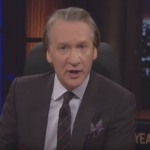 January 30, 2016 Bill Maher says Republicans aren't even lying anymore, they are just making stuff up
Recent Comments
0 | Leave a Comment
Browse Our Archives
get the latest from
Nonreligious
Sign up for our newsletter
POPULAR AT PATHEOS Nonreligious
1