Center for Inquiry and Richard Dawkins Foundation merge into one organization

I woke up today to one of the biggest announcements in the secular community since Secular Coalition announced their new Christian executive director, and that is Center for Inquiry (CFI) and the Richard Dawkins Foundation for Reason and Science (RDF) have merged.

In the announcement today Linsday said, “I am absolutely delighted that I’m closing out my tenure at CFI by helping to bring about a merger between RDFRS and CFI.

“Both organizations share a vital common mission, and together we can accomplish much more. And, of course, CFI looks forward to the benefit of close collaboration with Richard Dawkins, indisputably one of the preeminent public intellectuals of our time.”

The two organization share a very common goal and RDF recently has become more aggressive in expanding into the educational market, one of their original goals that they never fully implemented under previous leadership.

With the great progress Blumner has made with the organization in such a short period of time, it makes sense that CFI would want her to lead the venture and create a lasting brand and force in the movement that does not solely rely on Richard Dawkins name, something the organization knew would need to be addressed.

Dawkins himself said he was very excited about the merger.

“I am very pleased that my foundation is about to join forces with the Center for Inquiry,” said Richard Dawkins. “CFI is the biggest player in the secular / non-religious / skeptical world, and I like to hope that RDFRS will have something to add to its already flourishing enterprise. In turn, among our projects which will benefit from a larger team of professionals are Openly Secular and the Teacher Institute for Evolutionary Science (TIES). I look forward to adding my voice to CFI’s focus on promoting secular humanism and fighting the proliferation of pseudoscience. I am also especially delighted that Robyn Blumner, the present CEO of RDFRS, is to become the President and CEO of the whole organisation. Ron Lindsay is truly (forgive the cliché) a hard act to follow. If anyone can do it, Robyn can.”

Given some of Dawkins more famous controversies as of late, it will be interesting to see how the public reacts to the two organizations combining, but I would urge readers to look at this as a merger of groups and not focus on Dawkins and your either positive of negative opinions of him.

Dawkins will be joining CFI as a board member, but RDF’s website wants people to remember that Dawkins is his own person and will sometimes speak for CFI and sometimes speak for himself. His personal views may not always reflect those of CFI and vice versa.

Given that secularism is on the rise in the U.S. I believe the merger can only bring more positive change.

“Secularism is on the ascendency in the United States and beyond. Science has proven to be the engine of human progress. Bringing more resources and ambition to promoting these forces of reason is what this merger is about. I am thrilled to be tapped to lead this joint effort and expand on what Ron Lindsay has built,” said Blumner.

This is an interesting and exciting time for the secular movement in the U.S. I look forward to seeing what these two organizations can accomplish as one. 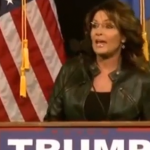 January 21, 2016 Dropping in the polls, Hillary Clinton attacks Bernie Sanders on ISIS
Recent Comments
0 | Leave a Comment
Browse Our Archives
get the latest from
Nonreligious
Sign up for our newsletter
POPULAR AT PATHEOS Nonreligious
1