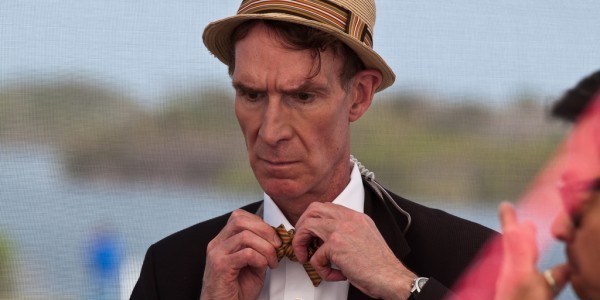 Ken Ham once again showed off his lack of scientific knowledge when he accused Bill Nye of borrowing his view of evolution and cooperation from the Bible. Ham, obviously, sees a problem with any ethical assertion made by scientists because as he says without an authority one cannot know for sure what is right or wrong.

Nye, when explaining how nice or “good” people survived through the evolutionary processes said, “what we feel is a result of evolution. Our ancestors who were anti-social jerks got pushed aside by the ones that were perhaps more social and less jerky.

A creationist would be confused by this statement only if they didn’t understand even the basic fundamentals of evolutionary theory. Of course, Ken Ham is one of those who claims that evolution is “survival of the fittest” and says that someone like Stalin was not “nice” and acted pretty jerky and he survived.

This is a common assertion by creationists who believe that “fittest” must mean strong or mean or “jerky” in this case when in fact it only means fittest in the context of adapting to survive in the species environment.

It could very well mean that your best chance of survival is cooperation and that genes that favor working together will increase your chance of survival. We see this in many species such as meerkats who work together in shifts keeping guard while others eat and rest.

What Nye said is perfectly in line with evolutionary theory and to say otherwise is to highlight once ignorance of what terms in the theory mean.

But to really bring Ham’s ignorance home on both evolution but also biblical history. Nye said of cooperation and evolution, “So this old thing, expressed as the Golden Rule, ‘do unto others as you would have them do unto you,’ if you can do that . . . I think you will get through life as well or better than anyone.”

Ham says that this is Nye borrowing directly from the Bible, but what Ham doesn’t understand is that the Golden Rule predates the Bible and its first known source was in ancient Egypt well before the ideas of Yahweh and Jesus were ever dreamed up.

The final idea put forward by Ham is that evolution cannot have a guide for morality because it has to be a “kill or be killed” world. This is true of the wild, of course, even today, in a sense, but it isn’t “kill” as much as it is “don’t die.”

Meerkats don’t have to kill hawks to survive, they have to not be killed by hawks and they do this by working together, just as Nye puts forward.

Ham believes that it is the biblical worldview that promotes working together, but the Bible tells a much more violent story of humans adhering to “kill or be killed” as Ham puts it. I guess it’s easy to make these kinds of claims when you have read neither a science book or the Bible. 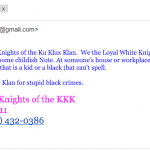 January 13, 2016
Costume wearing KKK claims they are not childish in email to me
Next Post 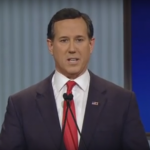 January 14, 2016 Rick Santorum said the dumbest thing about immigration I have ever heard
Recent Comments
0 | Leave a Comment
Browse Our Archives
get the latest from
Nonreligious
Sign up for our newsletter
POPULAR AT PATHEOS Nonreligious
1