Roseanne Barr, the star of the well-loved television show Roseanne, has been slandering atheists en masse this week without apology and certainly without fatigue. The 63-year-old failed Presidential candidate has been clacking away ceaselessly on her Twitter account (easier to do for lack of proper grammar and spelling) condemning “many” atheists as anti-Semitic and calling those who are disagreeing with her or asking for proof a gamut of names between “imperialist fucktard” to “fascist” to “bigot” — the latter of which, she has wished death upon.

@therealroseanne: “@Leslie_Goodreid i hate bigots. I want them to die off.”

While she maintains that “all atheists r not bigots or idiots. some r smart”, atheists have justifiably been concerned about her rhetoric as her original Tweet inciting the reaction has not yet come with a qualifier (meaning any number of atheists, i.e. bigots, are the recipient of her death wishes), particularly when she rationalizes her views with ambiguities that seem to indict more if not fewer atheists:

@therealroseanne: “@MegD82 atheists r as bigoted as any other groups”

It goes without saying that there is nothing inherently anti-Semitic about atheism, as a lack of belief in gods does not ipso facto translate into a hatred of the Jewish people. Miss Barr, I am sure, knows this. And I have no doubt that there exist atheist anti-Semites as well. But attempting to broad-brush the group with unimpressive opinions and trite generalizations (a tactic ever-increasing in popularity from many sides of the political arena) does not serve Miss Barr’s point so much as betray her complete inability to contribute thoughtfully to the subject. Her refusal — rather, her ineptitude — to produce a study, a periodical, a social experiment, a shred of corroborating evidence demonstrates that what we have here is not a considered opinion, but mere B-list celebrity bloviation.

In an attempt to clarify her positions or convince Miss Barr that her rhetoric was harmful, many atheist colleagues answered her Tweets. One particular colleague, Tracey Moody, recounts her engagement with Miss Barr here, only to be finally dismissed and blocked from continuing the discussion. I leaped in myself (perhaps foolishly, as the encounter was late New Year’s Eve and the obvious distractions were occurring), and asked:

@JoshuaKelly116: “@therealroseanne “Many” atheists? Do you have a citation at all for that kind of vague slander?”

I received no response. After I heard that she had blocked Tracey Moody on Twitter, however (an impotent response, as we all know), not to mention several others, and read some of the more colorful sobriquets she was passing out, I engaged with her more forcefully.

@JoshuaKelly116: “@therealroseanne blocking the people who are calling out your empty slanders. Glad to know your integrity is as solid as your comedy.

Those familiar with my work know that I do not typically resort to ad hominem directly, though I have no scruples about calling out nastiness as I see it. Taking a jab at her comedic work was, admittedly, off-the-mark, though I make no apology — it’s very true she’s never made me laugh (John Goodman outperformed her in every episode). In the meanwhile, she continued her list of slanders and approximations about atheists generally and then replied to me:

@therealroseanne: “@JoshuaKelly116 i dont slander by calling out anti semites-go fuck yourself”

Afterward, she promptly blocked me as well.

This is not a post detailing what some might think is a tawdry exchange between a comedian with an internet connection and a person who thinks highly enough of himself to say he’s an atheist commentator: though it is, I’m sure, entertaining enough for some and would likely receive numerous clicks. Rather, I feel that Miss Barr’s comments on the atheist community is a symptom of that ever-present ignorance concerning atheists; the precise nature of their disbelief and how it affects their personalities or their politics. Atheists are still slammed continuously in the conservative media and — though I haven’t rechecked this in a while — held firm the status of being the most distrusted group in America for some time. In an analogous passion story, the average American would choose to condemn the proverbial atheist and let Barabbas free many days of the week.

For us struggling to present public personas that are not tritely and obviously smeared by accusations of bigotry (the arduous debate concerning the criticism of ideas vs. the criticism of people being at the top of those struggles), Miss Barr is an example of our greatest obstacle. In a country so devoted to celebrity worship, shallow tribalism, and headlines, a television icon making such a maladroit proclamation as “many atheists [are] bigots” is sadly enough to convince many. I hold her equal contempt for anti-Semitism, but I would never dare categorize a social group (of which I obviously knew nothing) by such a dangerous label to satisfy my hatred of racial or social discrimination. Despite smacking of obstinate ego, Miss Barr by her action allows others to solidify their ignorance of atheists and encourages them to be angry at a social group for a crime of which they are not guilty. This, simply put, is the definition of bigotry.

I don’t care how popular, funny, successful, or particularly how loud you are: if you wish to make slanders in public, you shall be held accountable for it. We don’t contend with your prosaic opinions, we care for facts. Those who are unable to hold up under such simple, polite scrutiny might do well to retreat to where the response to their thoughts is in the form of a recorded laugh track. 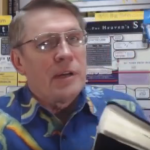 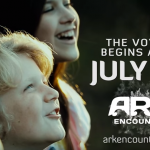 January 4, 2016 New Ark Encounter commercial features real animals, something the park does not
Recent Comments
0 | Leave a Comment
Browse Our Archives
get the latest from
Nonreligious
Sign up for our newsletter
POPULAR AT PATHEOS Nonreligious
1