Fox News guest says that men have it much worse than women in the U.S.

According to Fox News’ guest and anti-feminist Gavin McInnes, men have it far worse than women in the U.S. “by every metric,” even including sexual assaults.

McInnes made his ridiculous argument as a guest on The Greg Gutfeld Show during a rant in which he said he has a problem with women asking for equality in the military, but then saying they don’t want to be included in the draft.

“They want equality for everything fun,” he said. “How about you’re equal in sanitation, how about you have to go down into the sewers and remove rats from blocked pipes? How about you go to war and die?”

“If we’re going to do that, we’ll have to talk to President Hitler,” McInnes opined. “Because if women were soldiers for the last hundred years, we would have lost World War II.”

Gutfeld replied that what McInnes was describing was total equality.

While it’s true that more men are raped in prison because the U.S. inmate population is overwhelmingly male, women are more likely to be sexually assaulted by both prison staff and other inmates than men.

A 2014 Bureau of Justice Statistics report found that “[b]etween 2009 and 2011, females represented about 7% of all state and federal prison inmates, but accounted for 22% of inmate-on-inmate victims and 33% of staff-on-inmate victims.”

These statistics show that women still actually have it worse. Of course, McInnes would not care about these statistics are no men’s rights activists do.

What an amazingly delusional world McInnes must live in where men have it worse than women. When they are paid more, their bodies are not regulated by laws, religions don’t make them subservient, and they are safe to walk home in the dark, alone and not worry about sexual harassment or rape.

You can watch the video of this amazingly brain-dead interaction below, courtesy of Raw Story. 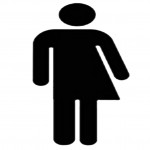 February 5, 2016
Trans boy suspended from school for using the boys restroom
Next Post 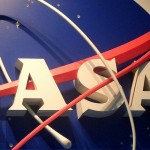 February 8, 2016 NASA is being accused of censoring Christian employees
Recent Comments
0 | Leave a Comment
Browse Our Archives
Follow Us!