My favorite comedic actor of all time happens to be Monty Python’s John Cleese. His body of comedic work is absolutely amazing. From Python to Fawlty Towers, A Fish Called Wanda, and Fierce Creatures.

“Sometimes when people are offended they want — you can just come in and say, ‘Right, stop that.’ to whoever it is offending them. And, of course, as a former chairman of the BBC one said, ‘There are some people who I would wish to offend.’ And I think there’s truth in that too. So the idea that you have to be protected from any kind of uncomfortable emotion is what I absolutely do not subscribe to,” the comedian said.

This is exactly what is happening around us, though. No one feels they should ever have their ideas or beliefs criticized and should never be offended.

Now, you should never feel threatened or unsafe. You should never be discriminated against for your sex, religion, gender identity, race, etc. But you have no right to demand that someone not offend you.

This is exactly what we say when Richard Dawkins shared a crass video comparing the “extreme” feminists to Islamists. I didn’t care for the video, I thought it was in poor taste. Some loved it, thought the satire was spot on. However, I never would have thought to ban Dawkins from a speaking gig over it, or think he was suddenly against women’s rights because of it.

“[…] renowned psychiatrist in London called Robin Skynner said something very interesting to me. He said, ‘If people can’t control their own emotions, then they have to start trying to control other people’s behavior.’ And when you’re around super-sensitive people, you cannot relax and be spontaneous because you have no idea what’s going to upset them next. And that’s why I’ve been warned recently don’t to go to most university campuses because the political correctness has been taken from being a good idea, which is let’s not be mean in particular to people who are not able to look after themselves very well — that’s a good idea — to the point where any kind of criticism or any individual or group could be labeled cruel,” Cleese said in the closing remarks, reflecting on the very discussion surrounding “safe spaces” on U.S. campuses.

I once thought myself to be closer to the “SJW” feminists than the C.H. Summers. And While I still am not close to the Summers side of feminism and coddling up to the Men’s Rights lunatics who don’t believe in male privilege, this recent outburst and cry to burn Dawkins at the stake prove to me that I am not operating on the same wavelength as them.

I believe there are much bigger issues in women’s rights to deal with than being offended.

And I am tired of being told I should be offended all the time. 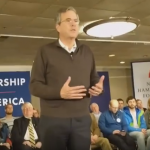 February 3, 2016
Video: Jeb Bush says there would be no religious litmus test in his administration
Next Post 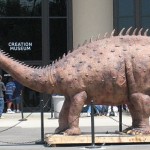 February 4, 2016 Kentucky County approves expansion of Creation Museum, will taxpayer dollars be used?
Recent Comments
0 | Leave a Comment
"Tom Hughes --- Gee, you're clearly quite intelligent. I bet you're in Mensa. The MAJORITY ..."
markinator Clarification on the now viral Wisconsin ..."
"Source in the Constitution?Again, you have not replied to my argument about any "except for" ..."
Alonzo Donald Trump vowed to destroy the ..."
"Tom, I gave explicit instances when getting ID and registering to vote might be difficult. ..."
Annerdr Clarification on the now viral Wisconsin ..."
"You do realise that the only person we've seen throw the word nazi around is ..."
TheMarsCydonia The Danthropology blog is moving on
Browse Our Archives
Follow Us!