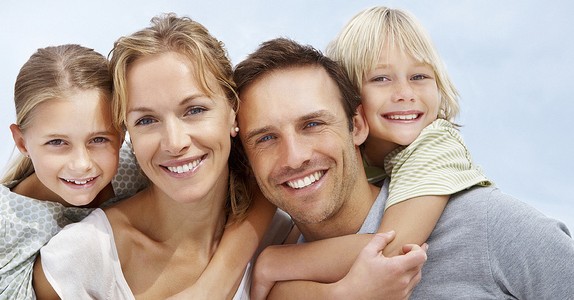 With research showing that 41 percent of transgender and non-gender conforming people in the United States have attempted suicide, many have struggled to understand the root causes of this staggering statistic. For years it has been argued that trans men and women suffer from a mental health issue, which was believed, to play a large part in their unhappiness, leading to suicide or suicide attempts.

Now, a new study in the journal Pediatrics, by a research team at the University of Washington changes all of that. Researchers found that transgender children are not destined for a life of depression and their findings casts serious doubt on the long-held assumptions that mental health problems in transgender children are inevitable, or even that being transgender is itself a type of mental disorder.

Researchers found that prepubescent children, who are living openly as transgender with the support of their families, are living much happier lives. These children have often socially transitioned, going as far as changing their pronouns, clothing, and often their names. The study of these children is considered to be the first of its kind.

“The thinking has always been that kids who are not acting gender-stereotypically are basically destined to have mental health problems,” said lead author Kristina Olson, a UW assistant professor of psychology. “In our study, that’s not the case.”

Co-author Katie McLaughlin said that the findings are “incredibly promising.”

Transgender children and even adults have long struggled with depression and high rates of suicide, and many have claimed this is because being transgender is itself a mental disorder and that depression simply comes along with it.

The UW study, however, changes everything. The study asked the parents of 73 trans children, ages 3 to 12 to rate their children’s emotional state. The compiled data found that these children, in supportive households ranked on average with the two control groups of their own siblings, and a mix of gender-matched children. In some cases, they found the transgender children happiness levels ranked higher than those of gender conforming children. They did, however, find that transgender children did suffer from slightly higher anxiety levels.

While the children’s anxiety levels did appear to be slightly higher, researchers said these findings were not surprising given the overall social stigma that comes along with being transgender and the news coverage of violence against trans people and news of suicides around the country. Even until 2013, transgender people were classified as having a mental disorder, which many believe added to stress levels. A successful campaign eventually led to the word disorder being removed from the term “gender identity disorder” a move that seems even more founded since the release of this new study. Yet researchers said they understand that it’s not easy for trans people in today’s society.

The findings in this study could be used to help educate parents of transgender youth in order to cultivate an environment of acceptance, at home and in their local communities. However, McLaughlin says there is still work to be done and believes following the lives of these children as they grow will bring a better understanding of the emotional challenges that face trans people today.

“It will be important to follow these children over time, particularly during the transition to adolescence, to understand patterns of mental health and positive adjustment across development for transgender youth who are supported by their families,” McLaughlin said.

She continued to say she was encouraged by the study. Realizing that a transgender child can live a happier life than previously thought, she is happy to be able to deliver some much needed good news to the transgender community.

“I think they’re proof that you can be a young transgender kid today and be happy and healthy and doing just as well as any other kid,” she said. “It’s some good news, finally, which I don’t think there’s much of in what we hear about transgender kids.”

February 25, 2016
Hillary Clinton shrugs off Black Lives Matter questions saying 'back to the issues'
Next Post

February 26, 2016 Cory Booker is wrong about Sanders (and Hillary) on minority incarceration
Recent Comments
0 | Leave a Comment
Browse Our Archives
get the latest from
Nonreligious
Sign up for our newsletter
POPULAR AT PATHEOS Nonreligious
1