Yes, Bernie Sanders can become the next President of the United States

Yes, Bernie Sanders can become the next President of the United States February 9, 2016 Dan Arel 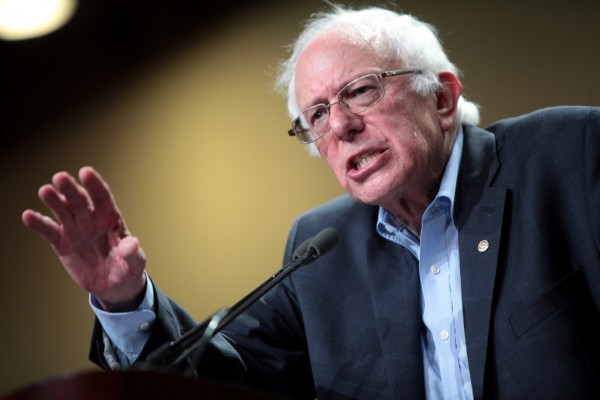 Tuesday night’s win for Bernie Sanders in New Hampshire was monumental. After losing by the smallest of margins to Hillary Clinton the previous week in Iowa, Sanders took a commanding lead in NH and from the latest polls as I write this won the state by 17 percent.

Yet, in all the rejoicing, many people still refuse to get their hopes up. Even Sanders supporters.

My good friend JT, over at Patheos’ WWJTD posted a few remarks on Sanders win and I told him I would be addressing them here because I believe they are comments that left alone will doom the Sanders campaign from the start and ignore the shift in American politics.

JT, a Sanders supporter, started by saying we need to look at Sanders numbers from around the country and remind ourselves that many people have won NH and not gone on to secure the nomination. He is correct, NH does not guarantee Sanders a victory and we should not act as such, but we still have a good chance and this is why.

First, the polls that he is referencing having Sanders losing are all pre-Iowa and pre-New Hampshire. People watching what is happening will certainly be moved by the new coverage Sanders is getting and by seeing that he can, in fact, win elections. Something many people have questioned.

After that, JT went into the other issues he sees, I want to address those.

There’s been a liberal shift in Democratic voters in recent years, again favoring Bernie. The trends with Bernie have shown us that the future is bright indeed.

But we’re not living in the future. We’re living in the present, and the fact is that in the present virtually every political scientist/scholar thinks Bernie would struggle hard in the general election. They’re right. We Bernie supporters (which, again, I am) need to acknowledge and admit that.

No, I will not accept that. Why? Because polls have shown he actually runs better against Trump, Cruz, and Rubio than even Clinton does. Yes, Vox ran an article quoting six political scientists saying Sanders can’t win, but anyone can go out and cherry pick the six people who will confirm their articles thesis.

And yes, we are living in the future. The ideas Sanders is putting forward are not new, they are not experimental. They have been done around the world and he is suggesting we do it here too. These are not futuristic ideas, in fact in many countries they are old ideas and we are just that far behind.

It’s easy to get excited after tonight, but if you were following the polls you knew this was coming. If you’re following the nationwide polls, you also know Bernie’s still a long shot. Be excited, but temper your excitement with reality.

Yes, I am excited, and I should be, but reality doesn’t say Sanders cannot win. If you followed the polls to the start of this race they said Clinton was a landslide victory in NH and in every state. But those things changed and will continue to change. Recent polls started to show Sanders taking off in NH, but they didn’t always. Polls change quickly and after tonight, I know they will change even more.

Even if Bernie doesn’t advance past the primaries (and I don’t think he will), he’s still showing the Democrat party what the future looks like. Nobody thought Bernie could mount such an impressive challenge against Hillary, and he did it. That tells future Democrats how they’ll have to do it if they want to energize the base.

Senator Sanders’ campaign is not about energizing a base to push Clinton to the left. His campaign is to energize a base and move into the White House. He isn’t sending a message to the future, he is he is delivering his message now. He was the undergod, many call him the Ralph Nader of this campaign and doing so shows political ignorance. Nader never challenged the base, never beat a “sure thing” in a primary. Nader never stood a chance but ran on principle alone. Sanders is running on principle and actually has a chance.

He won’t, however, have a chance if we think we need to “temper our excitement.” We need to ramp up our excitement and spread the word about who Sanders is and what he wants to accomplish.

Acting is if he can’t win, means he won’t win. I believe Sanders can and will take the White House and I will not stop believing that until the very end. I am not settling for the status quo and letting poll numbers dictate my thinking and excitement.

I am a realist, and I am telling you right now, the reality is that Bernie Sanders can win, but it’s up to us to make that happen. 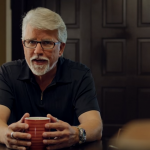 February 9, 2016 Stop telling me I must support Hillary Clinton if she beats Bernie Sanders
Recent Comments
0 | Leave a Comment
"Tom Hughes --- Gee, you're clearly quite intelligent. I bet you're in Mensa. The MAJORITY ..."
markinator Clarification on the now viral Wisconsin ..."
"Source in the Constitution?Again, you have not replied to my argument about any "except for" ..."
Alonzo Donald Trump vowed to destroy the ..."
"Tom, I gave explicit instances when getting ID and registering to vote might be difficult. ..."
Annerdr Clarification on the now viral Wisconsin ..."
"You do realise that the only person we've seen throw the word nazi around is ..."
TheMarsCydonia The Danthropology blog is moving on
Browse Our Archives
get the latest from
Nonreligious
Sign up for our newsletter
POPULAR AT PATHEOS Nonreligious
1