Can Jill Stein and Green Party harness the energy of Bernie Sanders supporters?

With yet another Super Tuesday in the bag and a huge night for Democratic presidential candidate Hillary Clinton, the cards are now more than ever stacked against her rival, Bernie Sanders.

While Sanders does still have a mathematical chance, statically he is dead in the water. It’s not that the states he needs to win are unwinnable; it’s the margins that he would have to carry in each state going forward.

As Sanders’ campaign seemingly comes to a close, the country will be left with thousands, if not millions of “Bernie or Bust” millennials, many of whom are first-time voters, are going to feel defeated and have a very apathetic attitude towards the future of politics.

It’s not that these voters are not political or are naive; it is that they don’t care about the establishment parties that exist. They saw the excitement of 2008 as Barack Obama promised to change the country forever and then saw –barring a few changes that never met expectations– very little change. They don’t believe the system works, but they saw Bernie Sanders as a way to change that.

Now, they are politically homeless. They don’t think the Democratic Party has something to offer them and they have been told their whole lives that third-party candidates and platforms don’t work.

This can, and must change. These voters, the people who are not enthusiastically lining up behind Hillary Clinton are politically motivated to start a real third-party push. These voters should be encouraged to leave the Democratic Party. They chanted revolution with Sanders, now they have a chance to enact a real revolution.

Jill Stein, who is running for the Green Party nomination says that the Democratic Party was never going to let Sanders win.

“Clinton is stacking delegates already,” Stein said in an interview with the Huffington Post, “It’s over. The party machinery is behind her. They destroyed Howard Dean and they destroyed Dennis Kucinich. The Democratic Party will dismantle any truly threatening campaign.”

“The Democrats won’t do it for us,” she said. “We have to establish a political vehicle.”

This is why Stein is not following Sanders’ lead into joining a larger party to get her message out there. “It’s hard to have a revolutionary candidate in an anti-revolutionary party,” she said. Sanders is revolutionary in the sense of his platform and his message. That same revolutionary attitude, however, is what set him up to fail against the party; they didn’t want his revolution.

It is with these young voters that the groundwork for establishing such a vehicle can be laid. Yet, it won’t be just millennials. The working class, unionized labor was behind Sanders and is the main reason he won Michigan. His stance against the Trans-Pacific Partnership, his belief in standing up for the proletariat won him the massive victory for rocked the Clinton camp for a short time.

“The TPP is putting investors on the same level of nation states,” Stein explained. “Anyone who supports it should be taken to court and accused of treason. The TPP is dismantling of the framework of democracy. And the fact is, the Democrats are leading the charge.”

Clinton did eventually come out against the TPP but spent months before championing it, and other trade deals that would destroy the working class and destroy local jobs. It wasn’t until Sanders pushed the deal out of favor with voters than Clinton jumped ship.

The Green Party is ready for these voters, they have a candidate ready to go, they have stances on the issues most important to the leftists of this nation that are actually in line with progressive values. They are not the center-right party the Democrats have become.

The party cannot afford to make the same mistakes the Libertarian Party made. In 2008, the Libertarians rallied around Ron Paul, a registered Republican in his bid for the presidency, which ultimately failed and left the party without a visible candidate of their own. In 2012, they did slightly better, running former Republican Gary Johnson, however, they never really found a way to grab voters who were not happy with Mitt Romney and instead focused on their small group of voters.

Stein must find a way to reach into the Democratic Party and lift out those voters who feel as though they don’t belong and still want to send a strong message to the nation. They want a $15 an hour minimum wage, they want universal healthcare, they want clean energy, and they demand their government listen to them. 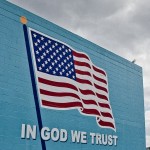 March 16, 2016
Tennessee Legislature seeks to take away funding from diversity group
Next Post 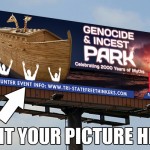 March 17, 2016 'Genocide & Incest Park' billboard to be raised near the Ark Encounter
Recent Comments
0 | Leave a Comment
Browse Our Archives
get the latest from
Nonreligious
Sign up for our newsletter
POPULAR AT PATHEOS Nonreligious
1

The Ongoing Catholic Scandal: What the...
Roll to Disbelieve
Related posts from Danthropology