DC shooter believes he is ‘the prophet of God’

Much of Washington, D.C. was on lockdown today after an active shooter was reported at a visitor center near the Capital Building.

The shooter, Larry Russell Dawson, is known to Capital police officers because he is the same man who in 2015 interrupted a House of Representatives meeting by shouting “I am the prophet of God!”

Dawson was shot by Capital police after he opened fire Monday morning. Earlier reports indicated he had wounded a police officer as well, but those reports turned out to be false. There is confirmation that a female bystander was wounded in the altercation, though how she was injured is still unclear.

“We believe this is an act of a single person who has frequented the Capitol grounds before, and there is no reason to believe this is anything more than a criminal act,” U.S. Capitol Police Chief Matthew Verderosa said.

He was also arrested for assaulting a police officer in October. 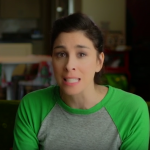 March 28, 2016
Video: Sarah Silverman on why Bernie Sanders is the one for her
Next Post

March 28, 2016 If the Green Party wants leftist support it must change anti-science positions
Recent Comments
0 | Leave a Comment
Browse Our Archives
get the latest from
Nonreligious
Sign up for our newsletter
POPULAR AT PATHEOS Nonreligious
1