A week after the Archdiocese of St. Louis suggested that local Girl Scout troops should not be a part of its parishes, the Girl Scouts of Eastern Missouri have raised a record amount of money as part of its annual fundraiser.

A week prior to the event, St. Louis Archbishop Robert Carlson urged Catholic priests to sever ties with the organization, saying their values are not in line with the church. The letter specifically mentioned the scouts support of Planned Parenthood but likely include the groups firm stance on equality for gay scouts and their unwavering support of transgender scouts.

“We must stop and ask ourselves — is Girl Scouts concerned with the total well-being of our young women?” Carlson wrote in the letter. “Does it do a good job forming the spiritual, emotional, and personal well-being of Catholic girls?”

In reality, the scouts are better off without the Church that would rather see LGBTQ scouts turned away and fight to remove the girls rights to women’s health clinics as they get older.

Either way, the Girls Scouts won here and the community in Eastern Missouri really stepped up for the girls. 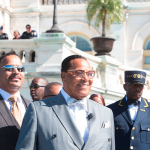 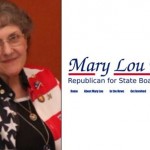 March 2, 2016 Texas creationist won big in Super Tuesday's race for Board of Education
Recent Comments
0 | Leave a Comment
Browse Our Archives
get the latest from
Nonreligious
Sign up for our newsletter
POPULAR AT PATHEOS Nonreligious
1