UPDATE: The Green Party has made some progress and I discuss it here.

It’s no secret I am a big fan of political third-parties. I believe they offer better policy changes and ideas than the two major parties which mainly cater to just enough voter desires to win elections and leave voters defending the message by either believing that third-parties hurt their party’s chances of winning or that we, as voters, simply cannot have candidates that we love and must just settle for the lesser of two evil candidates.

It is also no secret that in this election I am openly supporting Bernie Sanders, an independent senator from Vermont who is running this election as a Democrat. Yet, I have spoken up time and time again in support of third-party candidate Jill Stein who is seeking the Green Party nomination for president.

I strongly support her bid and hope that she can help put the party on the map. Yet, I have not been able to make the jump to being a Green Party member, and this is mainly due to three major concerns I have with the party platform.

I should state, I fully understand that all three of these issues are also Bernie Sanders issues that I have, and they do not mean I won’t support a Green Party candidate, but they do keep me from going all in and really rallying with the party nationwide.

Jill Stein and her party believe they are a truly revolutionary party and they could be. However, they have a few shortcomings that will continue to hold it back from gaining support from the leftist masses. Until these issues are addressed, the party will continue to live in the shadows of those like the Democratic Party.

The Green Party strongly supports universal healthcare which will give every single American healthcare at no additional cost (outside of taxes paid) to them. This means no deductibles, no costs for medications, etc.

However, the party also supports that these taxpayer funds be used to pay for alternative medicine.

Greens support a wide-range of health care services, not just traditional medicine which too often emphasizes “a medical arms race” that relies upon high-tech intervention, surgical techniques and costly pharmaceuticals. Chronic conditions are often best cured by alternative medicine. We support the teaching, funding and practice of holistic health approaches and as appropriate, the use of complementary and alternative therapies such as herbal medicines, homeopathy, naturopathy, traditional Chinese medicine and other healing approaches.

I do appreciate that the party wants to give people treatment choices, but those choices must be supported by medical science. “Herbal medicines, homeopathy, naturopathy, traditional Chinese medicine and other healing approaches,” are not scientifically sound choices to medical decisions. If an adult wants to partake in these pseudoscientific alternatives, they have every right, but taxpayer money should never be used to fund them. They are at best useless and at worst deadly.

The Green Party believes itself to be a pro-science party, urging congress to listen to scientists when it comes to the environment, climate change, etc. Yet, it openly denies medical science in the same way Republicans deny climate science.

This is another massive anti-science position held by greens.

We support mandatory, full-disclosure food and fiber labeling. A consumer has the right to know the contents in their food and fiber, how they were produced, and where they come from. Labels should address the presence of GMOs, use of irradiation, pesticide application (in production, transport, storage, and retail), and the country of origin.

This is simply irresponsible. GMOs are proven, through countless scientific studies to be safe. We don’t label safe foods or products; we label dangerous ones. To label a GMO product is to imply to the consumer there is something in the product they should be aware of.

Consumers with an irrational fear of GMOs can do their own research on what products they wish to consume, but the burden should not be placed on companies who are using safe products to make food.

By supporting the labeling of foods for containing perfectly safe ingredients, the party is telling me, like with alternative medicine, they do not take science seriously.

This last one is not the biggest deal breaker for me, but one policy change I think could unite many radical leftist parties and bring about the best chance for a Green Party victory moving forward. The Green Party has decided to work within the capitalist economy and wants to put band-aids all over it to make it work for the people. While it would be better served to realize capitalism is a broken and unjust system and that the country would be better off if the solution was to move away from capitalism and towards a socialist economy that was democratically controlled.

In order for the party to support true green initiatives and public policy that help the environment, it must abandon an economic system which survives off exploiting the land and its people. This simple change to policy would attract the country’s many socialist organizations who could, for the first time, have a party with more mainstream recognition to rally behind. 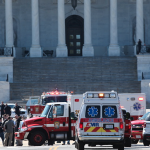 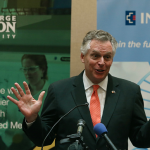