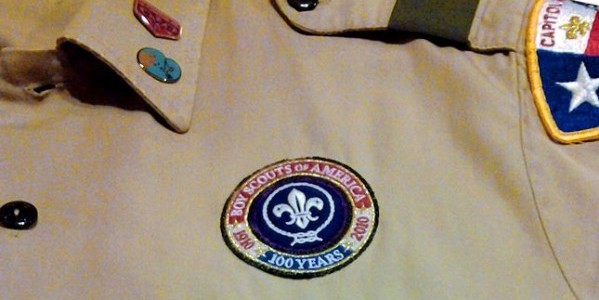 I have never understood the appeal of religious accommodation. While I see the appeal of interfaith work on a case-by-case basis, I don’t understand the humanist draw to places like the Unitarian Universalist church (UU).

Fellow Patheos blogger and humanist chaplain James Croft writes on his blog about the Unitarian’s decision to renew ties with the Boy Scouts of America.

Last week the Unitarian Universalist Association – the national organization which represents all Unitarian Universalist churches in the USA, some of which are Humanist congregations, and many of which include significant numbers of Humanists – renewed ties with the Boy Scouts of America (BSA), praising the recent changes they have made to policies regarding gay boy scouts and scout leaders. As I’ve written before, those changes don’t go nearly far enough: the BSA still allows local troops to discriminate against gay people, and until that policy is totally overthrown, I would be against re-affiliation.

The UU is thought by many to be the “inclusive” church, welcoming of all walks of life that just want to be better people, regardless of their beliefs in gods, or no belief. However, the decision to align itself with a bigoted organization shows that they are still just another church, putting faith before facts and leaving humanists and atheists out on the street.

However, this is likely where they should be. I have for a long time spoken out against this “faitheist” desire by humanists and some atheists to be a part of religious life. We bend over backwards to accommodate their beliefs, and then they turn around and support blatant bigotry.

The UU claims it is accepting of everyone, regardless of beliefs, as I said before, yet the Boy Scouts demand a belief in God to be a member. Their charter and bylaws state clearly:

The Boy Scouts of America maintains that no member can grow into the best kind of citizen without recognizing an obligation to God and, therefore, recognizes the religious element in the training of the member, but it is absolutely nonsectarian in its attitude toward that religious training. Its policy is that the home and organization or group with which the member is connected shall give definite attention to religious life. Only persons willing to subscribe to these precepts of the Declaration of Religious Principle and to the Bylaws and codes of the Boy Scouts of America shall be entitled to certificates of membership.

Humanists are encouraging UU members to write letters and voice their disappointment. There is a better solution to this, Leave! No matter how much they say it, the UU doesn’t want you there. The mere fact they signed this sort of agreement without question is proof enough.

If you’re an atheist and a humanist looking for a congregational type atmosphere, but don’t like faith-based bigotry, there are better options than UU. Sunday Assemblies exist all over the world now, the Humanist Oasis, and countless other groups that put humanist first and leave religion out of it.

I’m sorry to those who feel strongly against what I am saying. I feel sorry because they felt the UU offered them a home. Yet, it likely never did or didn’t mean to.

We must stop this accommodation and call religion, in all forms what it is, poison, and relegate it to where it belongs; the dustbin of history.

March 30, 2016
Trump advocates for a ban on abortion and 'some form of punishment' for women
Next Post 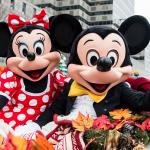 March 31, 2016 Conservative group says Disney has declared a 'public war' on Christianity
Recent Comments
0 | Leave a Comment
"Tom Hughes --- Gee, you're clearly quite intelligent. I bet you're in Mensa. The MAJORITY ..."
markinator Clarification on the now viral Wisconsin ..."
"Source in the Constitution?Again, you have not replied to my argument about any "except for" ..."
Alonzo Donald Trump vowed to destroy the ..."
"Tom, I gave explicit instances when getting ID and registering to vote might be difficult. ..."
Annerdr Clarification on the now viral Wisconsin ..."
"You do realise that the only person we've seen throw the word nazi around is ..."
TheMarsCydonia The Danthropology blog is moving on
Browse Our Archives
get the latest from
Nonreligious
Sign up for our newsletter
POPULAR AT PATHEOS Nonreligious
1