Was the God question in Sunday’s debate relevant to the presidential race?

Was the God question in Sunday’s debate relevant to the presidential race? March 7, 2016 Dan Arel

It is not often I disagree with the Secular Coalition of American. However, the new executive director, Larry Decker, released a statement after Sunday night’s Democratic Debate that addresses the “God question” that was asked.

“In the closing minutes of the Democratic debate, Senator Sanders was asked if he believed God is ‘relevant’ and Secretary Clinton was asked for whom she prays. Neither question served the purpose of the debate which ought to educate voters about substantive differences between the candidate’s platforms. When news outlets use the debate stage as an opportunity to ask about a personal belief in God or prayer, it implies to the audience that these are issues the voters need to know in order to make an informed decision at the ballot box.”

Now, I want this statement to be true, but sadly, in today’s political climate, the question is actually important. It may not seem as important in the Democratic debate though we learned Clinton can’t imagine not having someone to pray to, it is very important to know this on the Republican side.

In an ideal world, politician’s religious beliefs would be personal, but when they take a stance against women’s rights, LGBTQ rights, stem cell and other scientific research and their opposition is based on religious beliefs, these things matter.

I for one would like to know if they find their belief important and relevant to their ability to govern.

I do agree with Decker when he closes his statement saying:

“The United States has always prided itself on being a land of opportunity for all. We cannot uphold this vision of ourselves and still maintain a religious litmus test for our presidential candidates. Only by breaking down these social barriers can we create an America true to our founding principles where any person, of any faith or none, can become president of the United States.”

This is true, but it starts with politicians. They cannot run as the most religious candidate, proclaiming loudly how important their religion is to them and doing their job as a politician, and then expect us to not make that part of our decision-making process when choosing who to vote for. 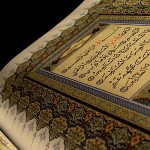 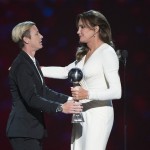 March 7, 2016 Caitlyn Jenner believes a Republican will do more for transgender rights than Hillary Clinton
Recent Comments
0 | Leave a Comment
"Tom Hughes --- Gee, you're clearly quite intelligent. I bet you're in Mensa. The MAJORITY ..."
markinator Clarification on the now viral Wisconsin ..."
"Source in the Constitution?Again, you have not replied to my argument about any "except for" ..."
Alonzo Donald Trump vowed to destroy the ..."
"Tom, I gave explicit instances when getting ID and registering to vote might be difficult. ..."
Annerdr Clarification on the now viral Wisconsin ..."
"You do realise that the only person we've seen throw the word nazi around is ..."
TheMarsCydonia The Danthropology blog is moving on
Browse Our Archives
get the latest from
Nonreligious
Sign up for our newsletter
POPULAR AT PATHEOS Nonreligious
1