The Target chain of department stores have come out in favor of transgender right and said that they want their customers to use whichever restrooms align with the gender identity. This is, of course, their way of speaking out against laws such as those in North Carolina which seek to force trans men and women to use the bathroom of their biological sex assigned at birth, regardless of their gender or physical appearance.

Ham writes on his blog:

Target officials also need to read that God “created them male and female, and blessed them and called them Mankind in the day they were created” (Genesis 5:2). At the same time, the Bible teaches that because of the Fall, humans aren’t inherently good: “The heart is deceitful above all things, And desperately wicked” (Jeremiah 17:9).

Target stores are going against the obvious natural order of things, as Romans 1 makes clear: humans were created male and female.

Barring the obvious flaw in his logic (God doesn’t exist and didn’t create anyone or anything), Ham shows, as most conservatives do, that he doesn’t understand sex and gender.

Male and female as a biological sex only come in those two varieties. So, for the sake of argument, Ham could be right, God did only create male and female people. However, this says nothing about gender identity or expression, and neither does the bible.

Ham, and bigots like him, focus primarily on sexual organs to define one’s gender when that is simply incorrect, In fact, it’s simply archaic and anti-science and goes against everything we know today about sex and gender.

If God created everyone and did so perfectly, no naturally born male would ever feel as though they were living inside the wrong body. Yet, we know this is not the case. We are smart enough to realize the million, if not billions, of trans people in this world, are not all lying about their feelings. Why would they be? Who would choose to live a life where they don’t feel comfortable in their own bodies or who every day don’t feel like themselves and in order to be themselves have to face discrimination from the likes of Ham and his closed-minded allies?

Ken Ham chooses to be a closed-minded asshole, trans men and women only choose to be themselves.

April 21, 2016
Kentucky to spend $10 million to improve roads for the Ark Encounter
Next Post 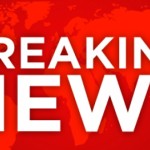