Liberty Counsel: If Disney World can discriminate so can Ken Ham’s Ark Encounter

The Christian news site One News Now published an article titled If Disney can confine hiring, so can Christian ministry, arguing that Disney World uses employment discrimination tactics and therefore, Ken Ham and the Ark Encounter are entitled to the same treatment.

“Without that exception, then we would not have the individuality of these different organizations,” he continues. “And certainly, it’s even more important for Christian organizations or religiously affiliated organizations to be able to hire people who are consistent with their message and mission.”

Either Starver is the world’s worst lawyer or he is being deliberately dishonest, or likely, both.

The Ark Encounter is discriminating based on religious beliefs and requiring that all employees sign a contract stating they adhere to the same beliefs as their employer.

Disney World’s Epcot center is not discriminating based on religion, sex, gender, race, etc. They are simply stating that to work in a distinct part of the park, you must possess the required skills, such as speaking the native language and extensive knowledge about the country in question.

In fact, a former Epcot employee sued Disney when he was fired from the Norwegian-themed restaurant for not speaking the language. The plaintiff, Anesh Gupta, an Asian male, believed he was fired for his race. Disney argued it was because he was unable to speak the language and did not meet the job qualifications.

According to the Society for Human Resources Management:

The court held that it was not direct evidence of discrimination because Disney’s selection process was not based on factors such as race, national origin or color. Instead, an employee was deemed “culturally authentic” so long as the employee could speak the language and could speak to customers about the culture being represented.

In the case of the Ark Encounter, one does not need to have special Christian skills or knowledge to serve a hot dog, drive a bus to the parking lot, take tickets, empty the garbage and many other jobs. They may need to have certain knowledge and educational background in Biblical studies to be a tour guide, or the company could offer on-site training. They don’t need to, however, force them to sign contracts of belief. They can simply make sure they person’s qualifications check out, regardless of personal beliefs.

Disney’s doesn’t have such requirements for every position, only specific ones that are not based on race or beliefs, but on skills and knowledge. It is not discrimination for a school to refuse to hire a Spanish teacher who cannot speak Spanish.

It seems the Liberty Counsel team needs to head back to law school and try this whole thing again, they don’t seem to have paid much attention the first time. 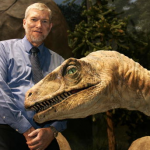 April 27, 2016
Ken Ham explains why it is okay for God to kill us all if he wants to
Next Post

April 29, 2016 Newspaper reveals hilarious 'facts' you will find at a creation museum
Recent Comments
0 | Leave a Comment
Browse Our Archives
Follow Us!