Newspaper reveals hilarious ‘facts’ you will find at a creation museum

Patheos Explore the world's faith through different perspectives on religion and spirituality! Patheos has the views of the prevalent religions and spiritualities of the world.
A reporter for the Great Falls Tribune, a Montana-based newspaper, sent a reporter to a local creationist museum, The Glendive Dinosaur & Fossil Museum, founded by Otis Kline.

The expose found that upon entering the museum, guests are informed that:

•The Bible is an accurate, literal history of the world. The world is about 6,000-6,400 years old and a six-day divine creation.
•The flood of the Bible’s book of Genesis, the Noah’s Ark flood, split the continents apart with water called from the deep and set off a worldwide cataclysm that buried the creatures that would become fossils in one mass event. The long flood, ensuing volcanic eruptions and an ice age radically changed the planet.
•Dinosaurs and humans lived at the same time. Dinosaurs were on the ark.
•Life can not be traced back as branches to a trunk. God created “kinds,” like dog kind from whence sprung dogs, wolves, coyotes. Humans and primates don’t come from the same “kind.” Neanderthals, Cro-Magnon and humans are all of “humankind,” which came from Adam and Eve.

When it comes to discrediting evolution, the museum hinges a lot on their biggest exhibit, a Tyrannosaurus Rex, nicknamed Stan.

Now, most scientists would throw up a red flag immediately, and understand that there is no evidence of dinosaur lifespans that long. Yet, when the reporter asked a tour guide, Robert Canen if he thought he could be wrong, he said, “I have no problem admitting when I’m wrong, and that’s something science and this whole field could use more of.”

“We think the evidence fits what the Bible says,” he continued. “You don’t have to be afraid to dig up dino bones.”

They also boast a Noah’s Ark exhibit and says the most common question is whether Noah brought dinosaurs on the ark.

“People ask, did he take dinosaurs? Yes,” Canen said. “You could take a juvenile with the genetic capacity to be all dinosaurs.”

The museum, of course, rejects the scientists who do not believe in the bible, calling them “lazy thinkers,” and called the museum “cutting edge” for its new scientific dating methods it uses instead of radiometric dating, which Canen rejects. 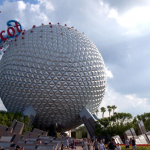 April 28, 2016
Liberty Counsel: If Disney World can discriminate so can Ken Ham's Ark Encounter
Next Post 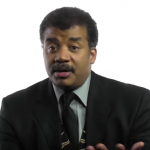 May 2, 2016 Neil deGrasse Tyson, like his mentor Carl Sagan, doesn't understand what 'atheist' means
Recent Comments
0 | Leave a Comment
"Tom Hughes --- Gee, you're clearly quite intelligent. I bet you're in Mensa. The MAJORITY ..."
markinator Clarification on the now viral Wisconsin ..."
"Source in the Constitution?Again, you have not replied to my argument about any "except for" ..."
Alonzo Donald Trump vowed to destroy the ..."
"Tom, I gave explicit instances when getting ID and registering to vote might be difficult. ..."
Annerdr Clarification on the now viral Wisconsin ..."
"You do realise that the only person we've seen throw the word nazi around is ..."
TheMarsCydonia The Danthropology blog is moving on
Browse Our Archives
get the latest from
Nonreligious
Sign up for our newsletter
POPULAR AT PATHEOS Nonreligious
1