According to a CNN/ORC poll, the majority of Americans do not support anti-transgender bathroom laws such as the one that recently passed in North Carolina.

“57% say they oppose laws requiring transgender individuals to use facilities that do not match their gender identity, 38% support such laws,” the study suggests. It also showed a clear ideological divide as Democrats and independents strongly opposed the laws, Republicans tend to support them.

However, even among Republicans, there is a clear split with 48% supporting and 48% opposing.

According to CNN, this also mirrors Republicans’ views on same-sex marriage “with moderate or liberal Republicans generally more in favor of gay couples’ right to marry than conservative Republicans.”

The overall trend in the country though is looking much better than we see in a few backward and bigoted states around the country.

The study found that in general, “Broad majorities of Americans say they would favor laws that guarantee equal protection for transgender people in jobs, housing and public accommodations, 75% say they back those, slightly fewer than favor similar laws protecting gays and lesbians (80% favor equal protections for gays and lesbians). Both have majority support across party lines, with Republicans a bit less apt to favor them.”

Another important finding in the study may also help explain views on trans people in our society is how many people say they don’t know someone or are not friends with someone who is transgender.

“Although transgender people and fictional characters depicting them are becoming more common in popular culture, most Americans (85%) say they don’t have a family member or close friend who is transgender. Younger Americans are more likely than others to have someone that close who is transgender (24% among those under age 35), as are urban residents (21%), non-whites (19%), Democrats (19%) and women (17%).”

Younger generations are changing this statistic, but it is not this generation that is drafting and passing laws. It is also Republican strongholds that are working on anti-LGBTQ legislation and since they are older and less connecting with modern society, they tend to think very narrowly and if they don’t know a trans person or a homosexual, they tend to believe the laws are not that big of a deal and don’t realize, or care, about the real impacts they have on people’s lives. 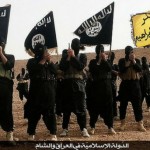 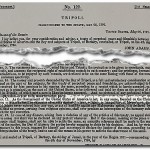 May 9, 2016 Secularists, please stop quoting the Treaty of Tripoli
Recent Comments
0 | Leave a Comment
Browse Our Archives
Follow Us!