May 2, 2016 by Dan Arel
0 Comments
Anti-LGBT activists are sending men into women’s bathrooms at Target May 2, 2016 Dan Arel

The American Family Association’s director of governmental affairs, Sandy Rios said Monday morning that her group has been “testing” the Target bathroom policy, the policy that allows individuals to use the restroom of their chosen gender identity or expression, and sending men into the women’s restroom.

“I think there’s no question that when you say that there are no barriers in the bathroom,” Rios said, “and that if men or women feel like they are men or women, the opposition of however they are equipped, and you have no restrictions, the net effect will be that people will not be stopped. We’ve already had people testing this, going into Targets and men trying to go into bathrooms. There is absolutely no barrier.”

“And so the chief concern,” she continued, “even more than just, I think, trauma, certainly for little girls of having men dressed like women coming in their bathrooms, the chief concern of the American Family Association is the predators who will take advantage.”

Odd, it seems the only perverts “taking advantage” of this law are the American Family Association activists who are breaking the law and entering bathrooms of their opposite gender to cause a disturbance. They are the only ones violating these little girls they are so concerned with.

If perverted men entering women’s restrooms was a problem, activists would not feel the need to create these perverts to make it happen. 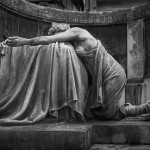 May 2, 2016
When Americans think about atheists, they tend to think about death
Next Post 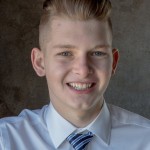 May 3, 2016 Catholic school is banning a gay student from being awarded the Matthew Shepard scholarship
Recent Comments
0 | Leave a Comment
Browse Our Archives
Follow Us!

A Quick Introduction to the Endtimes
Evangelicals think a lot about the end of the world, but current...
view all Nonreligious blogs
What Are Your Thoughts?leave a comment
Copyright 2008-2020, Patheos. All rights reserved.