South Carolina Gov. Nikki Haley, who says she is pro-life because her husband is adopted, signed a new 20-week abortion ban into law Wednesday.

The law bans abortions after 20-weeks unless the mother’s life is in danger. South Carolina joins 13 other states will similar abortion bans that seek to find loopholes in the country’s Roe v. Wade Supreme Court ruling that does not allow states to ban abortion.

The law does not allow for 20-plus week abortions for problems with the fetus, the common cause of abortions that late.

Doctors who do the right thing and ignore the law can face jail time or a $10,000 fine.

During her 2010 election run, Haley said, “I’m strongly pro-life, very pro-life and not because my party tells me to be, but my husband was adopted, and so every day I know the blessings of having him there.” 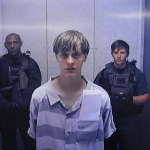 May 24, 2016
Dylann Roof should not be put to death for the mass shooting in Charleston, SC
Next Post 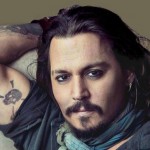 May 27, 2016 Johnny Depp cancels his Reason Rally appearance
Recent Comments
0 | Leave a Comment
Browse Our Archives
get the latest from
Nonreligious
Sign up for our newsletter
POPULAR AT PATHEOS Nonreligious
1