GMOs are safe for human consumption according to the Academies of Science May 17, 2016 Dan Arel

Can we finally put this debate to rest once and for all? GMOs have time and time again been proven safe, yet anti-GMO advocates still claim they cause diseases, birth defects, even autism!

However, according to a new study by the National Academies of Sciences, Engineering, and Medicine which took more than two years to compile shows that GMOs have not caused increases in cancer, obesity, gastrointestinal illnesses, kidney disease, autism or allergies.

The study concludes that GMO crops are safe for both human and animal consumption.

According to USA Today:

No long-term pattern of increase in specific health problems after the introduction of GE foods in the 1990s in the United States and Canada was found.

There was no correlation between obesity or Type II diabetes and the consumption of GE foods. Celiac disease, which makes humans intolerant of gluten, increased in both populations. Patterns in the increase in autism spectrum disorder in children were similar in both the United Kingdom and the United States, the committee reported.

Of course, advocates against GMO crops have pulled the “follow the money” card and claim this whole study is influenced by big agro. This is no surprise. Instead of offering a shred of counter evidence, they just highlight that the study is flawed.

The anti-GMO advocates are the creationists of the farming industry. 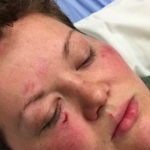 May 16, 2016
Kentucky woman beaten for looking 'too masculine' as people stood by and watched
Next Post 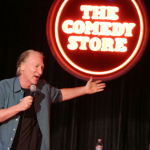 May 19, 2016 A response to inane criticisms of "The Kings of Atheism"
Recent Comments
0 | Leave a Comment
"Tom Hughes --- Gee, you're clearly quite intelligent. I bet you're in Mensa. The MAJORITY ..."
markinator Clarification on the now viral Wisconsin ..."
"Source in the Constitution?Again, you have not replied to my argument about any "except for" ..."
Alonzo Donald Trump vowed to destroy the ..."
"Tom, I gave explicit instances when getting ID and registering to vote might be difficult. ..."
Annerdr Clarification on the now viral Wisconsin ..."
"You do realise that the only person we've seen throw the word nazi around is ..."
TheMarsCydonia The Danthropology blog is moving on
Browse Our Archives
get the latest from
Nonreligious
Sign up for our newsletter
POPULAR AT PATHEOS Nonreligious
1