Ken Ham is a huge bigot. We all know this, I have written those exact words more times than I care to count. He hates homosexuals, atheists, humanists, secularists, hell, the asshole hates Christians who don’t accept his childish 6,000-year world view of creationism.

He also really hates transgender people. I also don’t use the word hate lightly here. Ken Ham really does hate them, he argues they don’t deserve equal rights because he doesn’t believe they actually exist, as he argues in his new blog post, God Created “Male and Female,” Not Transgender, in which he criticizes President Obama for defending the rights of transgender men and women throughout the country and especially in schools by making sure their rights to use restrooms of the chosen gender identity are upheld.

Ham writes, “President Obama is trying to make gender a civil rights issue, whereas it is actually a moral issue.” He even goes as far as to accuse Obama of blackmail because the president’s orders state that schools must protect trans students or risk losing federal funding.

Ham argues in his blog that transgender issues are a symptom of a “secular mindset” and that  young people “are being deceived into believing that morality—and gender—can be whatever they want it to be.”

He, of course, believes both are defined and handed down to us by a moral dictator in the sky.

Anyone else get the feeling Ham would have been one of those Nazi officers that did whatever he was told without thinking twice?

Anyway, Mein Fuhrer Ham continues on with this post by listing a bunch of bible verses he believes that, is strung together, argue that trans people can’t exist and closes accusing Obama of forcing everyone to agree with the transgender “sinful lifestyle.”

“President Obama has obviously rejected the absolute authority of the King of Creation, and instead is imposing his own views of morality on the culture, based on fallible human opinion—whatever is right in his own eyes. He doesn’t simply want certain supposed rights for those who claim the identify [sic] of transgender, but he wants to force everyone else to agree with this sinful lifestyle.”

And with that, I would like to pose an open challenge to Ham. I will debate you, anytime, anywhere, on the issue of LGBTQ rights in this country. It’s time your bigotry is highlighted and destroyed publicly once and for all. 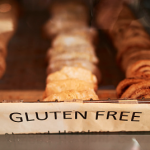 May 13, 2016
Study: Parents need to stop putting their kids on gluten-free diets without doctor's approval
Next Post 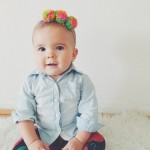 May 14, 2016 Check out my wife's new online store for children's headbands
Recent Comments
0 | Leave a Comment
"Tom Hughes --- Gee, you're clearly quite intelligent. I bet you're in Mensa. The MAJORITY ..."
markinator Clarification on the now viral Wisconsin ..."
"Source in the Constitution?Again, you have not replied to my argument about any "except for" ..."
Alonzo Donald Trump vowed to destroy the ..."
"Tom, I gave explicit instances when getting ID and registering to vote might be difficult. ..."
Annerdr Clarification on the now viral Wisconsin ..."
"You do realise that the only person we've seen throw the word nazi around is ..."
TheMarsCydonia The Danthropology blog is moving on
Browse Our Archives
get the latest from
Nonreligious
Sign up for our newsletter
POPULAR AT PATHEOS Nonreligious
1

The Trial of Jesus
Here is a little excerpt from my forthcoming Resurrection book that I...
view all Nonreligious blogs
What Are Your Thoughts?leave a comment
Copyright 2008-2020, Patheos. All rights reserved.