A school board in North Carolina has ruled that students will be allowed to carry pepper spray to protect themselves from transgender students who they deem are using the “wrong bathroom.”

According to the Salisbury Post, the policy was adopted by the Rowan-Salisbury Board of Education during a work session on Monday.

Board member Travis Allen was in favor of allowing pepper spray on school property but suggested they remained locked in student vehicles.

However, board Chairman Josh Wagner argued that students may forget to remove the spray from their bags and would be accidently in violation.

“And you start this whole kind of snowball. So I don’t want to put the students in this weird situation when they didn’t really do anything, they just happened to forget to check their purse every single day,” he said.

So with that argument, if you happen to forget you brought a gun to the airport, you are fine to bring it on the plane.

The idiocy of the school board discussion didn’t stop there, though, as they got the bright idea that maybe they should be bringing in pepper spray so the girls can defend themselves against transgender sexual predators.

“Depending on how the courts rule on the bathroom issues, it may be a pretty valuable tool to have on the female students if they go to the bathroom, not knowing who may come in,” said board member Chuck Hughes.

The changes to the policy won’t affect students until it’s published in the upcoming student handbook.

However, a quick Google search shows that the school has no reason to fear trans students as the sexual assaults in their school district are performed by boys on other boys, costing the district $105,000 in 2014.

The school district has a record of failing to protect students and this change in policy on furthers that failure by putting trans boys and girls at risk of bodily harm for simply using a bathroom that matches their gender identity. 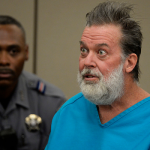 May 11, 2016
Planned Parenthood shooter is found unfit for trial
Next Post 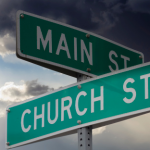 May 12, 2016 Ohio elementary school warned to end practice of holding events at local church
Recent Comments
0 | Leave a Comment
"Tom Hughes --- Gee, you're clearly quite intelligent. I bet you're in Mensa. The MAJORITY ..."
markinator Clarification on the now viral Wisconsin ..."
"Source in the Constitution?Again, you have not replied to my argument about any "except for" ..."
Alonzo Donald Trump vowed to destroy the ..."
"Tom, I gave explicit instances when getting ID and registering to vote might be difficult. ..."
Annerdr Clarification on the now viral Wisconsin ..."
"You do realise that the only person we've seen throw the word nazi around is ..."
TheMarsCydonia The Danthropology blog is moving on
Browse Our Archives
get the latest from
Nonreligious
Sign up for our newsletter
POPULAR AT PATHEOS Nonreligious
1