Robert Dear, who last November opened fire on a Colorado Springs Planned Parenthood, will be treated at a state psychiatric hospital and may eventually be tried if his mental health improves.

Dear called himself a “warrior for the babies” when arraigned and Wednesday called the judge a “filthy animal” while he was being led from the courtroom.

Experts claimed he was not able to understand the charges bring brought against him and would not be able to assist in the defense.

All of that, yet he was able to watch videos claiming that Planned Parenthood was selling body parts, and to act just as the Christian Right hoped someone would. 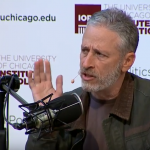 May 10, 2016
Jon Stewart questions Donald Trump's presidential eligibility because he is a 'man-baby'
Next Post 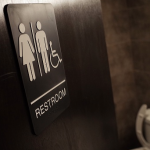 May 12, 2016 North Carolina students will be allowed to assault trans peers for using 'wrong' bathroom
Recent Comments
0 | Leave a Comment
"Tom Hughes --- Gee, you're clearly quite intelligent. I bet you're in Mensa. The MAJORITY ..."
markinator Clarification on the now viral Wisconsin ..."
"Source in the Constitution?Again, you have not replied to my argument about any "except for" ..."
Alonzo Donald Trump vowed to destroy the ..."
"Tom, I gave explicit instances when getting ID and registering to vote might be difficult. ..."
Annerdr Clarification on the now viral Wisconsin ..."
"You do realise that the only person we've seen throw the word nazi around is ..."
TheMarsCydonia The Danthropology blog is moving on
Browse Our Archives
get the latest from
Nonreligious
Sign up for our newsletter
Related posts from Danthropology