Yesterday I posted about a bill the Oklahoma senate passed that would make it a felony charge for doctors to perform abortions in the state.

Well, the Oklahoma governor, Mary Fallin has vetoed the bill. While she didn’t necessarily say she disagreed with the bill’s goal, she took issue with some of the bill’s language.

“The bill is so ambiguous and so vague that doctors cannot be certain what medical circumstances would be considered ‘necessary to preserve the life of the mother’,” Fallin said.

Finally, some good news! Let’s just hope the senate doesn’t try to reword this a little and try again later. 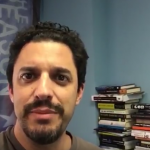 May 20, 2016
David Silverman wants you to help the Reason Rally
Next Post 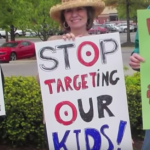 May 23, 2016 Christian 'family' group releases new anti-trans video and vows next-level Target protests
Recent Comments
0 | Leave a Comment
Browse Our Archives
get the latest from
Nonreligious
Sign up for our newsletter
Related posts from Danthropology