More than 40 people are reported to have been burned this week at a motivational conference in Dallas, Texas hosted by the motivational fraud Tony Robbins.

“A large number of these people sustained burn injuries to their feet and lower extremities,” Jason Evans, a spokesman for the Dallas Fire-Rescue Department, said in a statement.

NPR reports that upwards of 40 people were injured in what the Robbins website says is an exercise meant to “turn fear into power.” The site says that: “Once you start doing what you thought was impossible, you’ll conquer the other fires of your life with ease.”

Except for all those serious burns.

Jennifer Connelly, a spokesperson for Robbins, however, implied that medical personnel should not have been called.

She also said that the coal walk typically causes “fewer than 1% of participants experience ‘hot spots’ which is similar to a sunburn which can be treated with aloe.”

Here is a word of advice.

Don’t walk on hot coals, and don’t listen to motivational frauds who believe burning yourself is the equivalent of overcoming your fears. 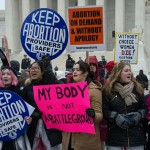 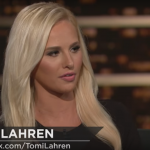