Can we please stop with the Bernie Sanders conspiracy theories?

Can we please stop with the Bernie Sanders conspiracy theories? June 9, 2016 Dan Arel

First, you need to understand we don’t live in a democracy. We live in the delusion of a democracy. This has been true for decades, if not longer. This election was not crafted to ensure that the Democratic Party elite got their candidate of choice elected over Bernie Sanders. All elections are crafted so that the party gets the candidate they choose.

Furthermore, Debbie Wasserman Schultz explained that super delegates “Unpledged delegates exist really to make sure that party leaders and elected officials don’t have to be in a position where they are running against grassroots activists.”

Bernie Sanders lost the Democratic Party primary to Hillary Clinton. He did not win the majority of pledged delegates and the super delegates, as  undemocratic as they are, have pledged to support Clinton.

Did voter suppression happen? Maybe. Most of these claims come from people who thought they were registered Democrat or independent but and learned they were not eligible to vote in the Democratic primary. Again, the party sets its own rules on how can and cannot vote in their primary.

Yes, the do have to follow federal election guidelines, but allowing non-party members to vote in your primary is not federally protected.

Lastly, please stop sharing this terrible article from the “Justice Gazette” which is nothing but some conspiracy theorists blog, not a news source that is claiming that 90 percent of California Democrats were turned away from the ballot box.

“The Justice Gazette reporters and others are conducting an investigation into voting irregularities and the theft of Bernie Sanders’s apparent California landslide victory by those supporting Hillary Clinton,” writes a no-name blogger for the site.

There are no reporters and there is no investigation. Why are so many Sanders supporters sharing this? It’s insane. The site goes on to claim that, “The Justice Gazette has conducted considerable polling and the official results reflect the opposite of how people said they were going to vote. At the California Democratic Convention most of the elected delegates were ‘Bernie or Bust’.”

If 90 percent of Democrats were turned away, how do we even know those 90 percent would have voted for Sanders? Does the party have some way of reading people’s minds as they walk into the polling place?

If someone posted this kind of nonsense claiming that vaccines cause autism or that GMOs cause cancer, we would demand evidence. Yet because so many of us really believed in Sanders message we are going to accept the rantings of some lunatic on a blog?

Let’s not leave Sanders legacy as one of his supporters going down kicking and screaming and pretending like we are all drugged, or sprayed with chemtrails that made us support Clinton.

It sucks Sanders lost, but the Democratic Party got what they wanted. They always would have. This isn’t a conspiracy, it’s a broken system. Want to ensure that someone like Sanders has a chance to win a nomination? Stop supporting this broken system and demand change.

Real change, with real political action, not just sharing poorly written blog posts and memes on Facebook. Go out and vote for politicians who are ready to break the system, stop supporting mainstream candidates who benefit from a broken system.

June 7, 2016
Updated: Why I am -no longer- endorsing Jill Stein for President of the United States
Next Post 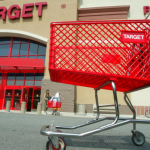 June 9, 2016 Updated: A bomb went off in a Target bathroom; police say no connection to transgender policy
Recent Comments
0 | Leave a Comment
Browse Our Archives
get the latest from
Nonreligious
Sign up for our newsletter
POPULAR AT PATHEOS Nonreligious
1