Firstly, Protestant privilege. For most of its history, America has been a country composed overwhelmingly of Protestants. The Pilgrims who settled Massachusetts were Protestants, as were the Anglicans who settled Virginia. Though some colonies were set up specifically as safe-havens for certain religious groups, as happened in Pennsylvania, those groups were almost universally Protestant.  Protestant faith was viewed as the very bedrock of society and necessary to maintain public order. Nowhere is this more apparent than in the case of John Ruggles.

In 1811, John Ruggles was convicted of blasphemy for stating publicly that “Jesus Christ was a bastard and his mother must have been a whore.” The case was appealed to the New York Supreme Court on the grounds that the ruling violated Ruggles’s free exercise of religion. The court disagreed, ruling that the conviction was just because “the people of this state…profess the general doctrines of Christianity…and to scandalize the author of these doctrines is not only…impious, but even in respect to the obligations due to society, is a gross violation of decency and good order.” Judge Kent went on to state that blasphemy or attacks on other religious beliefs, like those of Muslims or Buddhists, did not constitute an offense because “morality is deeply ingrafted upon Christianity, not upon the worship of those impostors.”[1]

By blaspheming the majority religious viewpoint, Ruggles was committing a crime against public order. It did not matter what his personal opinions on religion were, the only thing that mattered was the majority opinion and view, much like public decency laws today that deal with nudity and other violations of community standards (topless women, for example, are considered indecent by a large majority, so therefore women must be covered. This is not a value judgment on those decency laws, just an observation to illustrate a point).

Another way in which the Protestant viewpoint was enforced was through Sabbath closing laws. Political Scientist and Historian H. Frank Way notes that “[w]hile compulsory Sabbath worship had disappeared well before the Revolutionary ear, the Puritan version of Sabbath, the grim and gloomy Sunday, was legislative policy in all states.”[2] In 1817, a man with the last name Wolf was prosecuted for violating the Sabbath closing laws in Pennsylvania. In The Commonwealth v. Wolf, it was determined that such laws did not violate the defendant’s religious freedom and that “[p]ersons professing the Jewish religion, and others who keep the seventh day [Saturday] as their Sabbath, are liable to the penalty imposed by law for this offense.” Such laws, the court argued, were necessary to remind people of the rewards and punishments that awaiting them in the hereafter and reinforce the sanctity of oaths.[3] So not only was the Christian holy day protected by law, but the specific Protestant version of that holy day was given precedence above all others and enforced with government power.

It should be noted that Americans, in general, had (or, perhaps still have) a distrust of Catholics. Frequently, Catholics were called “Papists,” insinuating that they followed the Pope, not Christ, and thus were not true Christians. For this reason, their religious freedom was not upheld, as in the 1859 case of a Massachusetts boy whose hands were beaten with a switch for 30 minutes for refusing to participate in Protestant religious exercises in a public school. The courts found that the punishment was justified because the child had been insubordinate and “schools are the granite foundation on which our republican government rests.”[4] However, as the Catholic population grew through the influx of Irish and Italian immigrants, their political power grew, as did their ability to affect policy. This is demonstrated by the way in which Catholic immigrants affected public school policies.

In Ohio in 1870, Catholics threatened to vote against bonds for public schools if Bible readings were not removed from classes. The school board, fearing loss of revenue, acquiesced. Several Protestant members of the community brought suit against the Board in an effort to get them to reverse their decision. The case went to the Ohio Supreme Court and the Protestants, surprisingly, lost. H. Frank Way notes that this was the first time that the courts “abandoned the communitarian mode of analysis” and “attacked the Christian framework as singularly inappropriate.”[5] It would take another 40 years or so for this trend to catch on, but the die had been cast.

Starting in the early 20th century, the courts began to rule in ways that we today would recognize as truly religiously neutral. In 1905, a small town in Iowa sold its school building and worked out a deal where the local Catholic Parochial school acted as the public school. Protestants, who were the minority in Iowa, weren’t very happy with this and they sued. In 1918, the Iowa Supreme Court ruled that public funds could not be used to maintain the parochial school, regardless if that was what the majority wanted or not.

The general distrust of Catholics and their institutions, combined with their increased political power, brought about a gradual change in how the courts dealt with issues of church-state separation. Declaring the schools entirely neutral in matters of religion was the best way for the government to stay out of the Catholic versus Protestant schism. When Catholics were an insignificant minority there had been no reason to protect their rights, but now that they had significant political power – and since judges were typically elected – their demands had more weight to them.

The government of the United States had always been leery of sectarian religious struggles and did its utmost to avoid them. In the early days of the Republic, this simply meant not giving preference to one Protestant denomination over another, since the majority of the population was more-or-less in agreement in religious opinions. In a religiously homogeneous population where everyone was a Protestant, it was easy to maintain what we would see today as an inappropriate relationship between religion and the state. However, as vastly different and mutually antagonistic religious views took hold in the country, it became necessary for the government to become (more-or-less) neutral so as to avoid the sectarian conflicts that were bound to arise if they continued to support and bolster Protestant privilege.

Note: Last week I mistakenly wrote that the founders dated the founding of America from 1775. Thanks to commenter X. E. Jellico, who pointed out my error.

[3] Way, “The Death of the Christian Nation” 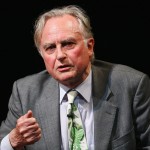 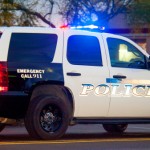 June 3, 2016 Texas county to remove religious decals from police cars after atheist group files lawsuit
Recent Comments
0 | Leave a Comment
"Tom Hughes --- Gee, you're clearly quite intelligent. I bet you're in Mensa. The MAJORITY ..."
markinator Clarification on the now viral Wisconsin ..."
"Source in the Constitution?Again, you have not replied to my argument about any "except for" ..."
Alonzo Donald Trump vowed to destroy the ..."
"Tom, I gave explicit instances when getting ID and registering to vote might be difficult. ..."
Annerdr Clarification on the now viral Wisconsin ..."
"You do realise that the only person we've seen throw the word nazi around is ..."
TheMarsCydonia The Danthropology blog is moving on
Browse Our Archives
get the latest from
Nonreligious
Sign up for our newsletter
POPULAR AT PATHEOS Nonreligious
1