Wow. According to Fox13Now, Ken Ham’s Ark Encounter is forcing unmarried employees sign a chastity pledge in order to work at the genocide and incest-themed park.

This pledge is alongside a “statement of faith” that makes sure every single employee of the park is a young earth creationist. The park is, of course, getting up to $18 million in taxpayer funding through a state rebate program, yet is continuing to use the park to discriminate against employees and promote a Christian worldview.

“There’s kinds of laws called ‘Sharia,’ where people have used legislation and the government to promote a religious faith, and I think we as Christians need to be careful that we continue to be Christian, and to be Christian in the context of the United States,” said Bob Fox, a Baptist pastor from Kentucky. 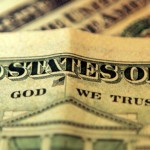 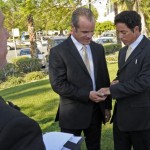 June 23, 2016 You won't believe the number of pastors forced to preside over same-sex marriages
Recent Comments
0 | Leave a Comment
"Tom Hughes --- Gee, you're clearly quite intelligent. I bet you're in Mensa. The MAJORITY ..."
markinator Clarification on the now viral Wisconsin ..."
"Source in the Constitution?Again, you have not replied to my argument about any "except for" ..."
Alonzo Donald Trump vowed to destroy the ..."
"Tom, I gave explicit instances when getting ID and registering to vote might be difficult. ..."
Annerdr Clarification on the now viral Wisconsin ..."
"You do realise that the only person we've seen throw the word nazi around is ..."
TheMarsCydonia The Danthropology blog is moving on
Browse Our Archives
get the latest from
Nonreligious
Sign up for our newsletter
POPULAR AT PATHEOS Nonreligious
1