Williams speech was heralded by many as moving, and a perfect commentary on the state of the lives of many black Americans.

“I don’t want to hear anymore about how far we’ve come when paid public servants can pull a drive-by on a 12-year-old playing alone in a park in broad daylight, killing him on television and then going home to make a sandwich,” Williams said in the speech.

Dash, who has time and time again railed against BET and any African American who dares speak out against racial injustice, lost it, calling his speech “racist” towards white people and “straight out of the Black Lives Matter playbook.”

Then she went on this little tirade. (Childish cap locks are hers.)

Because you my man are just like everyone else hustling to get money. But your cognitive dissidents has you getting it from THAT BYSTANDER whom YOU DONT NEED. Yes. BLACK ENTERTAINMENT TELEVISION is WHITE OWNED.

GET over yourself and get on with it!

Yet, when Dash goes on Fox, the only outlet that will give her dumpster-fire of an opinion airtime, she believes she can connect and understand the struggle of racial minorities in this country?

How is that someone this hateful stays signed onto Patheos? We are here to host the conversation on faith and all she wishes to do is rail against social justice activists who are trying to make other people’s lives better. What has Dash done to increase the well-being of a single human being on this planet?

Basically, she is making a career out of being the radical right’s go-to black personality that will blame all the ills of the African American community on itself. Furthering the network’s racist agenda, and making her money.

Perhaps Patheos can not be a part of that too? 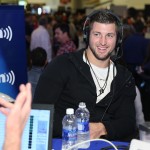 June 29, 2016
In an act of uselessness, Tim Tebow rushes to pray for a man having a medical emergency
Next Post

June 30, 2016 Let's all enter the Ark Encounter giveaway and stop a family from subjecting their kids to nonsense
Recent Comments
0 | Leave a Comment
Browse Our Archives
get the latest from
Nonreligious
Sign up for our newsletter
POPULAR AT PATHEOS Nonreligious
1