The Supreme Court struck down oppressive abortion laws in Texas on Monday morning, ending a long battle for women’s reproductive rights in the state.

Whole Woman’s Health v. Hellerstedt challenged HB2, a restrictive women’s health bill in the state that would have resulted in at least 32 of the states 40 women’s health clinics shutting down. The court ruled to uphold a lower court decision in a 5-3 ruling.

“There was no significant health-related problem that the new law helped to cure,” Justice Stephen Breyer wrote in the majority opinion. “We agree with the District Court that the surgical-center requirement, like the admitting-privileges requirement, provides few, if any, health benefits for women, poses a substantial obstacle to women seeking abortions, and constitutes an ‘undue burden’ on their constitutional right to do so.”

“When a State severely limits access to safe and legal procedures, women in desperate circumstances may resort to unlicensed rogue practitioners, faute de mieux, at great risk to their health and safety,” wrote Justice Ruth Bader Ginsburg in a brief concurring opinion.

The ruling is a huge victory for women’s reproductive and health rights across the country as many other Republican strongholds are trying to pass similar laws that result in clinics being shut down in a move to stop abortion.

“SCOTUS’s decision is a victory for women in Texas and across America. Safe abortion should be a right—not just on paper, but in reality. -H” 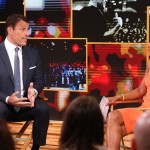 June 27, 2016 After suing Kentucky for tens of millions of dollars, Ken Ham says the Ark Encounter isn't about making money
Recent Comments
0 | Leave a Comment
"Tom Hughes --- Gee, you're clearly quite intelligent. I bet you're in Mensa. The MAJORITY ..."
markinator Clarification on the now viral Wisconsin ..."
"Source in the Constitution?Again, you have not replied to my argument about any "except for" ..."
Alonzo Donald Trump vowed to destroy the ..."
"Tom, I gave explicit instances when getting ID and registering to vote might be difficult. ..."
Annerdr Clarification on the now viral Wisconsin ..."
"You do realise that the only person we've seen throw the word nazi around is ..."
TheMarsCydonia The Danthropology blog is moving on
Browse Our Archives
get the latest from
Nonreligious
Sign up for our newsletter
POPULAR AT PATHEOS Nonreligious
1

What Happens When an Atheist Dies?
Christians enjoy the hope of life after death. Atheists admit they just...
view all Nonreligious blogs
What Are Your Thoughts?leave a comment
Copyright 2008-2020, Patheos. All rights reserved.