According to the Freedom From Religion Foundation, sheriff department vehicles in Brewster County will remove the Christian cross decals from the backs of their vehicles.

“We are very delighted that our lawsuit has been resolved so quickly and amicably,” said FFRF Co-President Annie Laurie Gaylor. “The five Latin crosses on the Sheriff’s vehicles were taken down almost immediately, which was a good faith effort by Brewster County to make sure they were not proselytizing the public through the Sheriff’s Department. We knew very early in March that reason and the constitution would prevail.”

Gaylor added that she believed the county judge would sign a settlement awarding FFRF approximately $14,000 in legal fees.

“Brewster County Commissioners Court held a called meeting on Tuesday May 31, 2016 at 9:00 A.M.. After a brief Executive Session, Commissioner’s Court voted unanimously to accept the Consent Decree and Order as presented and authorize Brewster County Judge, Eleazar Cano, to sign the Order. The Consent Decree and Order was drafted in response to pending litigation styled as Freedom From Religion Foundation et al. v Brewster County, Texas et al. The Consent Decree shall not be construed as an admission of liability and is entered solely to resolve the claims brought forth in this lawsuit and to rectify claimed constitutional violations associated with the display at issue in this lawsuit. Brewster County’s insurance carrier has agreed to pay legal fees and costs related to the suit and nominal damages ($1.00 ea.) to the two Plaintiffs.”

This is yet another great victory for FFRF as well as Americans as a whole. Police departments around the country have been pushing the envelope as far as religious freedom goes, often adding “In God We Trust” to the backs of cruisers.

Rulings like this help set a precedence around the country that violations of the establishment clause will not be tolerated. 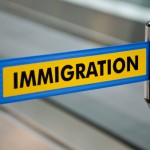 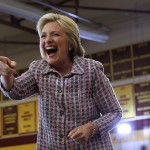 June 6, 2016 Charisma News connects Hillary Clinton to Satan
Recent Comments
0 | Leave a Comment
Browse Our Archives
get the latest from
Nonreligious
Sign up for our newsletter
POPULAR AT PATHEOS Nonreligious
1