Texas town to pay $22,000 to atheist group over cross decals

Last week I wrote about a town in Texas that was removing religious decals from their police vehicles after the Freedom From Religion Foundation filed a lawsuit asking the Sheriff Department to remove the Christian cross decal.

Well, the decision to use religious decals on the car is coming back to bite Brewster County Sheriff Ronny Dodson in the ass.

As being reported by the Friendly Atheist:

Not only will there be a ban on crosses on the department’s vehicles (with the current stickers being removed), Brewster County will be on the hook to pay FFRF $21,970 in legal fees in addition to $400 for court costs. The two atheist plaintiffs, Kevin Price and Jesse Castillo, will receive $1 each (which is just fine since this was never about the money).

That’s a $22,000 price tag for the Sheriff who decided the first amendment didn’t apply to his department.

Again, I want to thank and congradulate the Freedom From Religion Foundation on a great victory for religious freedom. 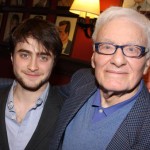 June 6, 2016
Atheists have lost a friend they never knew
Next Post

June 7, 2016 Updated: Why I am -no longer- endorsing Jill Stein for President of the United States
Recent Comments
0 | Leave a Comment
"Tom Hughes --- Gee, you're clearly quite intelligent. I bet you're in Mensa. The MAJORITY ..."
markinator Clarification on the now viral Wisconsin ..."
"Source in the Constitution?Again, you have not replied to my argument about any "except for" ..."
Alonzo Donald Trump vowed to destroy the ..."
"Tom, I gave explicit instances when getting ID and registering to vote might be difficult. ..."
Annerdr Clarification on the now viral Wisconsin ..."
"You do realise that the only person we've seen throw the word nazi around is ..."
TheMarsCydonia The Danthropology blog is moving on
Browse Our Archives
get the latest from
Nonreligious
Sign up for our newsletter
POPULAR AT PATHEOS Nonreligious
1