Last month, Raw Story re-ran an old AlterNet piece from 2014 by Chris Hall that was somewhat rehashed for 2016 to once again claim that Richard Dawkins, Sam Harris, and Christopher Hitchens are no longer relevant in the atheist scene.

A funny claim seeing as how they said this in 2014 and felt the need to repeat the claim in 2016. After two years they still matter enough to have posts written about how much they don’t matter.

So how can this be? It’s because they do still matter. Even Hitchens, dead since 2011 still finds himself mentioned in articles in 2016 because of the impact he had on politics, secularism, and religion.

What the Raw Story author and many others like him don’t seem to grasp is that while these atheists do matter, they are not the atheist movement, community, or whatever word choice you decided to describe this as. We can love some of the things Dawkins says and despise others. Same with Harris and Hitchens. I love many of Hitchens critiques of religion, but that does not mean I have to also love that he supported George W. Bush’s invasion of Iraq.

I love Harris’ views on free will and morality, but that doesn’t mean I have to agree with his views on gun control or pre-emptive strikes on Islamic threats.

That’s the best thing about a freethought movement is that we all bring ideas to the table and are allowed to discuss, accept and or reject those ideas that we do not agree with.

We can all accept the positive impact and negative impact these men have on atheism as a whole.

Dawkins’ book The God Delusion is still helping people reason their way out of religion, yet Hall thinks he is not relevant?

Hall tries to name new faces in the movement that he thinks have replaced the well-known atheists, and he does name some very prominent voices such as author and blogger Greta Christina and activist Jamila Bey. Two amazing women who should not be overlooked when discussing the impact people have can inside a movement and on others.

But are we to believe that Christina and Bey are without fault? Of course not, but as with all humans, we accept them for both their strengths and weaknesses. I disagree with some of Christina’s views on social justice, not all of them, but some. That does not make her irrelevant. Bey is an open fiscal conservative, a stance I strongly disagree with, but again, that does not make her irrelevant. This, like Dawkins, Harris, Hitchens, et al., make them human.

Yet, their success does not eradicate or negate the success of those before them. As Jerry Coyne mentions in his blog post about this same issue, “of course, people still cite Hitchens, Dawkins, and Harris to make the case for atheism. The arguments for unbelief don’t become obsolete so quickly! In fact, one can still cite Mencken or Ingersoll to make the case for atheism.”

So enough of the click-bait headlines throwing out prominent thinkers and authors who helped pave the way for the atheist movement we see today only to pander to new up and coming names. Embrace new voices as they enter the scene and encourage others to continue to come out and speak out.

All Hall has done is attempt to show his elitism by saying that he is too good for “those atheists” but he is into these new folks you haven’t even heard of yet.

He is basically the hipster at the bar telling you he was into the band playing before you even heard about them. 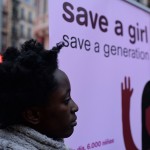 May 31, 2016
17-year-old girl died in Egypt during genital mutilation surgery
Next Post

June 1, 2016 Op-Ed claims that the Ark Encounter makes America look ignorant
Recent Comments
0 | Leave a Comment
Browse Our Archives
get the latest from
Nonreligious
Sign up for our newsletter
POPULAR AT PATHEOS Nonreligious
1