5 ways Gary Johnson and the Libertarians would destroy America

As voters become fed up with Donald Trump and Hillary Clinton, many have decided to turn to third party candidates. The two main candidates running for third parties is the Green Party’s Jill Stein, and the Libertarian Party’s Gary Johnson.

I have already opening endorsed Jill Stein as my candidate of choice this election, but Johnson is gaining a lot of steam and has a higher national poll average than Stein. Many have said we should all unite behind him to build a viable third party.

The sentiment is great, but don’t be fooled. Gary Johnson is not a progressive candidate and his platform would destroy this country.

Here are 5 ways in which he and his party would do that.

5. He would destroy public education and fund religious schools

Johnson believes the government should not be involved in education. He envisions a for-profit, competition-based educational system in which schools compete for students, all who pay for their education. Johnson wants to use the voucher program to do this. He would give all students up to $3,500 to use towards their K-12 education and they could pick a school based on what they can afford.

What does this do to poor communities? Communities often filled with minority groups? It keeps them poor and uneducated. Their schools will not see an influx of cash, will perform worse and will continue the cycle of poverty we see today.

Johnson also believes that these vouchers can be used for religious institutions. You can use the money given to you to attend a school and choose to pay for a private, religious education. That’s using tax money to fund religious schools. 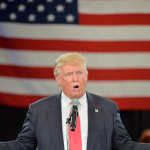 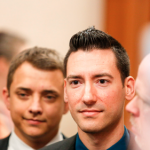 July 26, 2016 All charges dropped against duo that made fake Planned Parenthood video
Recent Comments
0 | Leave a Comment
Browse Our Archives
get the latest from
Nonreligious
Sign up for our newsletter
POPULAR AT PATHEOS Nonreligious
1