All charges dropped against duo that made fake Planned Parenthood video

David Daleiden and Sandra Merritt, the anti-abortion activists who made the fake Planned Parenthood video claiming that the organization was selling baby parts for profit, a video that inspired a Planned Parenthood shooting in Colorado, have had all charged dropped against them.

According to Law Newz:

Both were charged with second degree felony tampering with a governmental record for allegedly using fake identification cards to hide their real identities when making the videos. Daleiden was also charged with a misdemeanor for allegedly attempting to purchase human organs.

During a hearing on Tuesday morning, the Harris County District Attorney’s Office made a surprise announcement, dropping all charges against the filmmakers.

Details about why such a move was made are unknown at this time. Though this is certainly going to be seen as a victory for the anti-abortion advocates who are willing to lie, cheat, and steal to stop abortions, even breaking federal laws that they now know they can get away with. 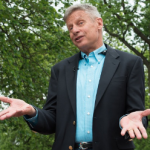 July 26, 2016
5 ways Gary Johnson and the Libertarians would destroy America
Next Post 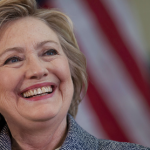 July 26, 2016 Democrats officially nominate Hillary Clinton as their presidential nominee
Recent Comments
0 | Leave a Comment
Browse Our Archives
get the latest from
Nonreligious
Sign up for our newsletter
POPULAR AT PATHEOS Nonreligious
1